Crop optimism — if you pre-paid for inputs 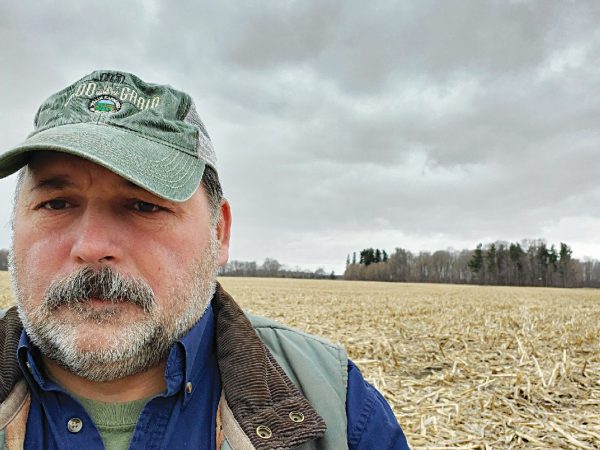 Emery Huszka: “There’s a lot of degrees of hurt out there.”

LAMBTON COUNTY — Input costs and supply-chain anxieties are soaring to new heights as war in Ukraine picks up where the pandemic left off. While conflict in Europe’s breadbasket has pushed up crop prices to levels unheard of, it has also doubled the price of fuel and made fertilizer much more expensive.

What’s a farmer to do as uncertainty piles upon uncertainty? For those who have pre-paid for inputs, they remain optimistic and are sticking to their planned rotation. Fuel costs are a different story.

Paris-area pig, chicken and crop producer Gerard Pynenburg feels for those who didn’t stock up last year. He bought his inputs, including fertilizer, last October, avoiding “astronomical” current prices,” he said. “We lucked out … I feel extremely sorry for any of my neighbours or anyone that didn’t do that, or didn’t have the opportunity to do that.”

In Glencoe, Parrish and Heimbecker assistant general manager at Glencoe, Jay Sutherland, hesitantly estimated 25% to nearly 50% of growers needed to buy most of their fertilizer this spring.

Added Grain Farmers of Ontario President Brendan Byrne: “There could be people who were holding off buying just based on the high fall prices.” Some producers might have delayed until spring after finding it difficult to even secure a quote on fertilizer in December, he said.

Perth County’s Phil Dow pre-ordered his inputs, including fertilizer, and delivers feed as a side job. On April 1, he said that “all the farmers I talk to … they’re confident their supplier is going to honour their contract. What does concern them is the price of fuel and whether there’s going to be a carbon tax for drying our crops — the price of propane and natural gas.”

Farmers will be concerned if their fertilizer shipments don’t start arriving at retailer yards around April 15th, he estimated. “There’s usually a hiccup every year with farming, and this year seems to have every hiccup.”

Lambton County crop farmer Emery Huszka said he managed to secure all of his planting fertilizer last fall but didn’t “push the button” on buying the urea that his late-planted field of winter wheat will need this spring. “I’ve been assured by my supplier that, no problem, we’ll get the urea on, but we don’t know how much it’s going to cost. And that is a very uncomfortable feeling.”

Huszka blamed some of that uncertainty on a 35% tariff the Canadian government slapped on urea and phosphates from Russia and Belarus in early March. Though “fully justified,” the new policy had yet to decide, as of April 6, if pre-purchased material is also subject to the tariff.

“There’s a lot of degrees of hurt out there, and none of us can afford exponentially growing costs,” he said, adding that farmers are “up for a tough year” with high land rental costs and unprecedented crop-input investments but only “lackluster” federal support in the event of poor weather and yields.

Huszka said he hasn’t altered his rotation plans on his 800-acre operation, where they grow corn, soybeans and a little rye. Also a Maizex seed dealer, Huszka reported that most of his customers are holding steady as well. “There hasn’t been a panicked changing of their crop plans yet,” he said. “But no one’s in the field yet. Lots of things can change between now and then.”

He added that some producers could grow second or third crops of beans this year, to save on fertilizer.
Dufferin County crop producer Leo Blydorp said he paid for all of his inputs late last year and has taken possession of some seed for his 1,400 acre operation. But he hadn’t received delivery of his fertilizer because the farm lacks a good place to store it. “I talk with my dealer and he assures me the product is there.”

Blydorp said he has enough glyphosate in storage to meet his spring needs after buying some last fall. “And I’m told it’s available by my supplier if we need more.”

Hamilton-area crop farmer Brad Nimijohn said the circumstances have prompted him to slightly alter his fertility plans to get as much as possible out of his fertilizer. “We’ll be relying more on soil sampling, and we’ll probably be putting on a lot more nitrogen stabilizer and changing a few things on how we apply the nitrogen.”

On the right side, if the weather co-operates 2022 could be another big year for crops. “If you look at it, projected returns are probably a little bit better than last year,” said Nimijohn, who crops 2,000 acres and does custom work on 3,000 more. “The problem is, the risk is also substantially higher. You get a bad crop or something, your downside is significantly higher.”
His crop input costs are unlikely to hit $1,000 per acre this year, he said. “If we get into that territory, the problem becomes credit. A lot of guys aren’t going to have that size of input loan to put into a crop.”

Some of his custom clients are planting soybeans after soybeans “because they can’t stomach the risk” of the higher input costs demanded by corn, he said.

“I’m afraid to do the math” on this year’s crop investment, said St. Thomas crop farmer Allen Taylor. “It seems like everything we do, our costs are going up. It’s unprecedented this year.”

Glyphosate alone is expected to be two and a half times the price of last fall’s cost, he said, though Taylor has found retailers reluctant to even quote a price at this point. “It’s a moving target.”

He also said that his operation can’t get a guarantee of fertilizer supply after this spring, a great concern moving into 2023.

“It’s going to be harder to make decisions in the fall,” agreed Rockwood-area cash-cropper Scott Timmings.
Timmings estimated he invested about $700 per acre on his 3,400-acre after buying most inputs last fall. “Corn still pencils out if you can get a good yield.”