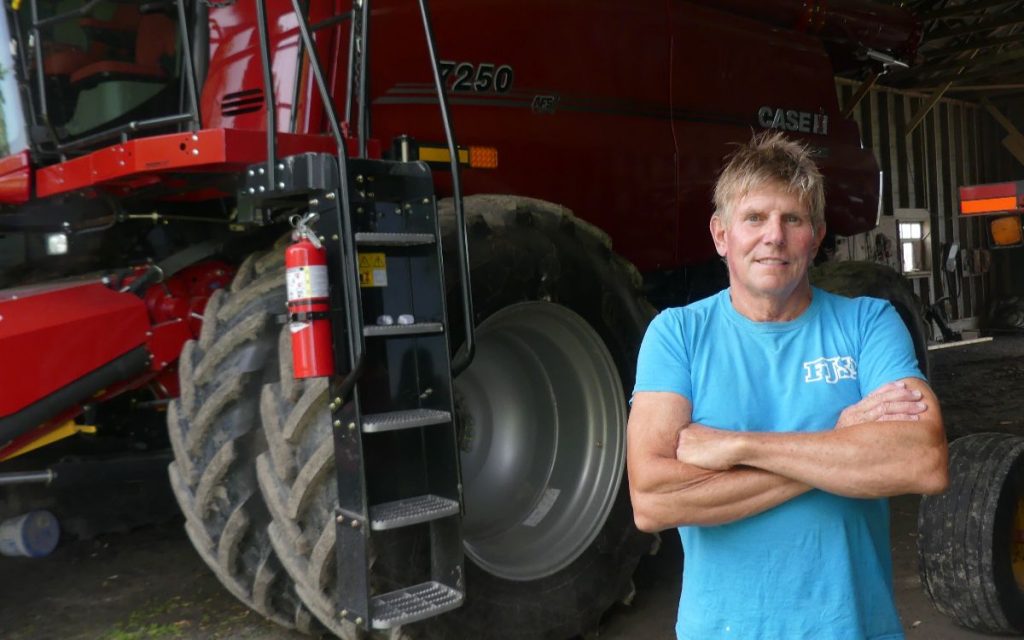 CHESTERVILLE —  On the downside, ‘Farmer John’ Brugmans’ new combine rolled into his yard too late for the 2021 harvest.  On the upside, the hulking Case 7250 — mint and unused — has probably increased in value by about $100,000.

The circumstances reflect the supply-chain woes and inflationary pressures in today’s topsy-turvy economy. Brugmans says he ordered the new machine in March 2021 at a price of about $580,000, hoping to take delivery in September. But he didn’t get the new combine in time for harvest, squirreling away the big unit in his machine shed at the end of last November.

He estimates the new machine could fetch 15% to 20% more than he originally paid Reis Equipment.

Brugmans, in his early 60s, put his 2018 combine to work one season longer than intended. That slightly older machine — since traded in to get the new model — could have sufficed for many more years, he admits, but it’s no 7250 model. Its replacement is “bigger overall,” he observes with a smile, “and I keep saying, this is my last one. I wanted the top-of-the-line flagship Case. It’ll last me as long as I want to farm.”

This fall the new machine will harvest 2,000 acres split between his and his brother’s independent farms in the Township of North Dundas.

He also saved some money by sticking with his existing 8-row, 35-ft. head for now, though the new combine could handle a 12-row, 40-footer, he says.