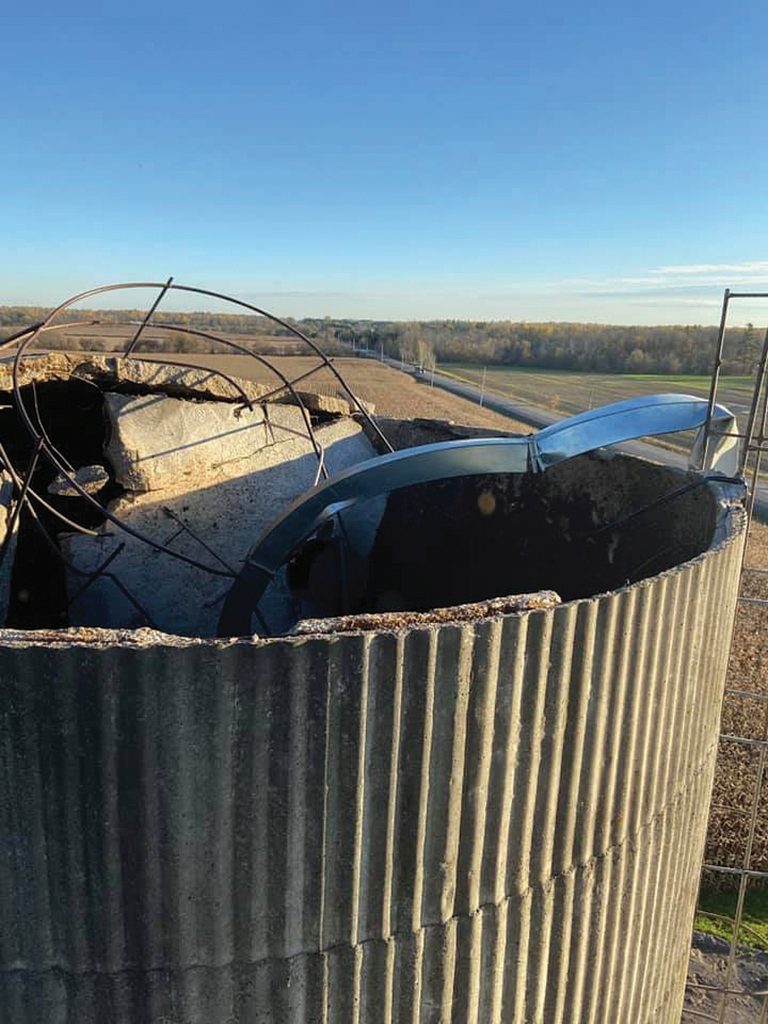 The dome cap blew off this corn silo. Chunks of concrete damaged the barn roof.

VARS — Dairy farmer Matt Nooyen of Brabantdale Farms Ltd. was filling his 25-year-old silo with its third or fourth load of dry corn in late October when suddenly the domed-cap exploded.

“It was like a big bomb went off and there were flames about 40 feet above the silo,” said Matt’s brother Chris, who didn’t see the explosion but heard the bang. “The sealed top, weighing about 12 tonnes, completely flew off. We had some employees who were a concession over and could see the flames.”

Firefighters arrived but the flames had already gone out. The silo was only about 10 per cent filled when it exploded and all the air vents were fully open to allow gases to exit, Chris Nooyen said.

The flying chunks of concrete didn’t injure anyone. A couple of surrounding silos will need to have their roofs replaced because cement fell through them, and the roof of the old barn has some minor damage, Nooyen said.

The explosion was likely caused by a buildup of static electricity combined with fermentation gases and the dust from the dry corn. “There was probably a spark, maybe a stone went through.”

A drone inspected the interior of the silo and found the structure was compromised.

A controlled demolition took place a month later and was covered by insurance.