Community pulls for their repair guys: Fundraiser nets over $11K for business gutted by fire 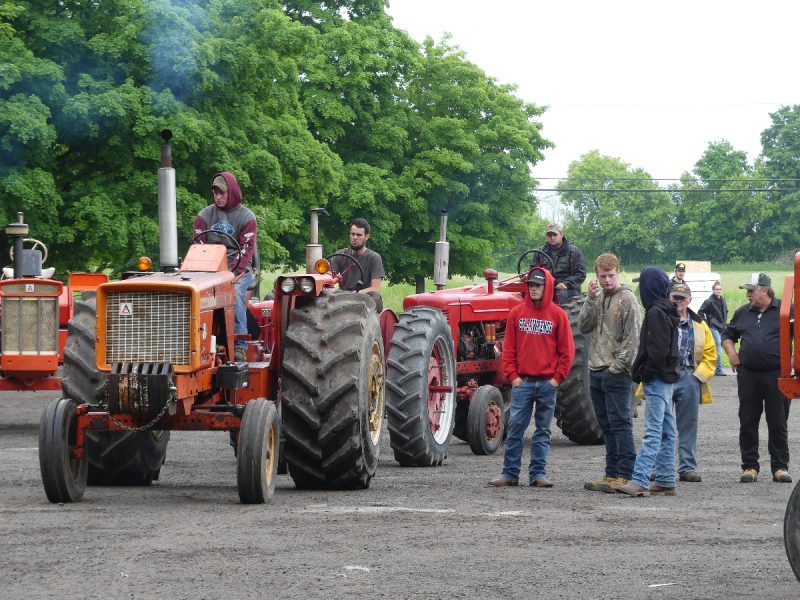 METCALFE — The place practically glowed with Allis-Chalmers orange as the farm community and vintage farm machinery buffs gathered June 12 to show support for Skuce Repairs, the well-respected independent tractor repair shop that lost most of its property in a devastating Boxing Day fire last year.

When the gavel came down a final time at Stanley’s Olde Maple Lane Farm, the live fundraiser auction raised over $11,000 to assist the mom-and-pop operation with expenses beyond its insurance. Since early January, Skuce Repairs, south of urban Ottawa, in Vernon, is now operating out of company matriarch Linda Skuce’s home garage and converted machine shed — as the business previously did before the shop was built in 1995. Construction has not yet started on a replacement.

Skuce’s sons Ron and Barry and grandson Aaron are today employed by the three-generation shop, carrying on the tradition of the late Ab Skuce — Linda’s husband — known for his expertise with Allis-Chalmers tractors and any other machine. 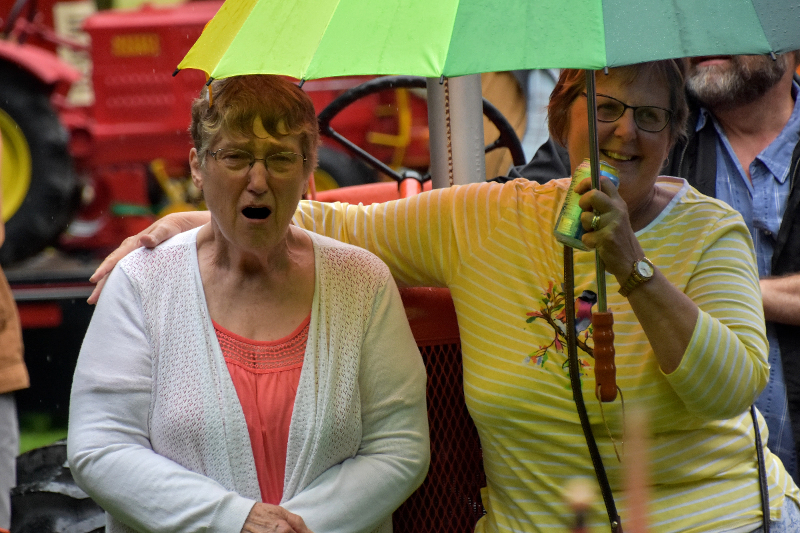 Linda Skuce (left) the company’s matriarch, was amazed and emotional as the bidding continued. Holding the umbrella is her cousin, Kathy Hillis.

An emotional Linda Skuce looked on, at times gob-smacked, as more and more funds were raised. She embraced Allis-Chalmers collector George Nesbitt, of Renfrew, after he paid $3,200 for an Allis-Chalmers child’s pedal tractor. The rare unit was donated into the auction by Metcalfe farmer Glenn Edwards. Nesbitt then gave the toy to the Skuce family for their new shop.

She thanked the crowd and expressed gratitude that no one was hurt in the fire, noting the losses amounted to “just stuff” in the end.

Stanley’s proprietor Earl Stanley said the Skuce family has always treated him well while servicing his various machines for nearly 40 years. He estimated about 600 people attended, including members of Vintage Iron and Traditions of Eastern Ontario who brought  antique equipment that took part in displays and a tractor pull.

Excavation and snow-removal company operator Mike Morris recalled how Ron Skuce saved his bacon in the dead of winter, going above and beyond by getting up at 3 a.m. to fix his grader when he needed it most. Nobody else would have done it, Morris said.

“I think it’s a good tribute to a family that’s looking after us all the time,” Metcalfe cash-cropper Doug Reaney observed. “We need them more than they need us.” 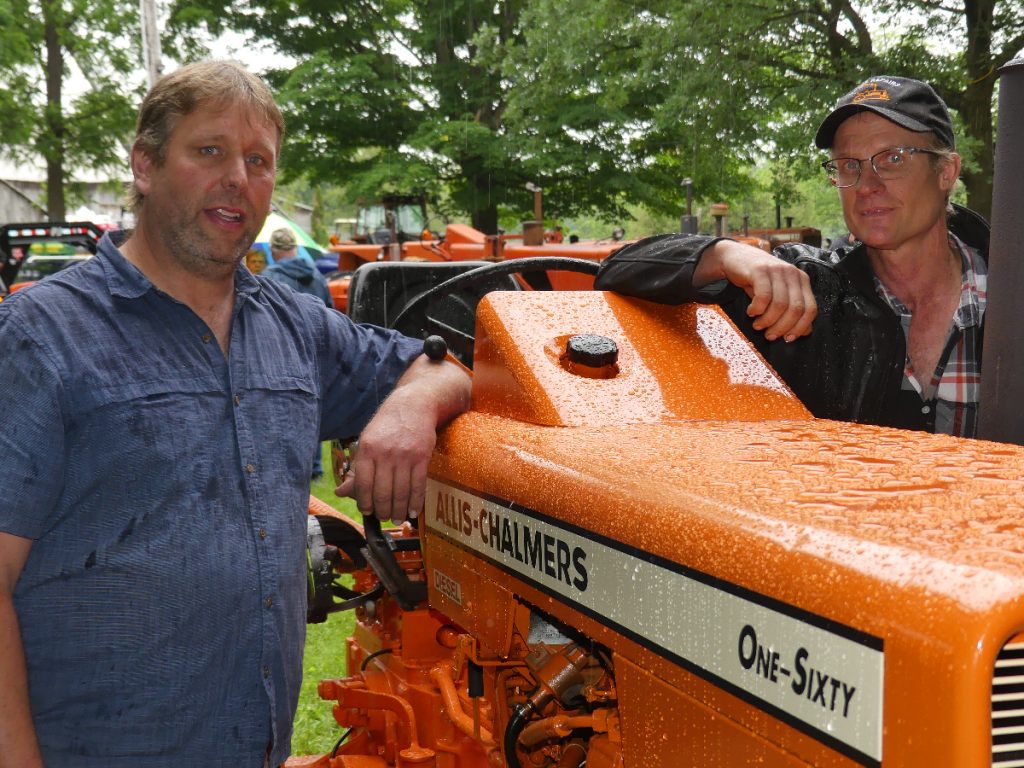 Brian Groot-Lipman of Russell (left) poses with his vintage Allis-Chalmers and Ron Skuce of Skuce Repairs. Skuce restored the tractor for his customer after it was damaged in the Boxing Day fire at the shop. (Nelson Zandbergen photo) 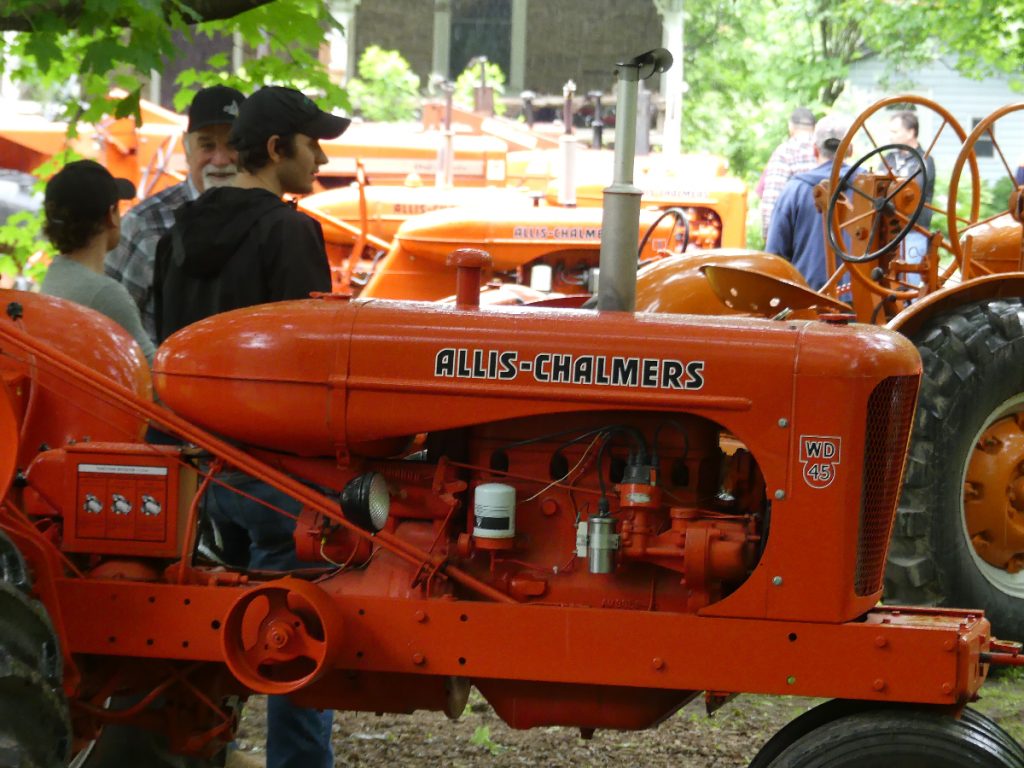 A sea of orange at Stanley’s Olde Maple Lane Farm where the auction was held.