City girl beware (if you are going to marry a farmer) 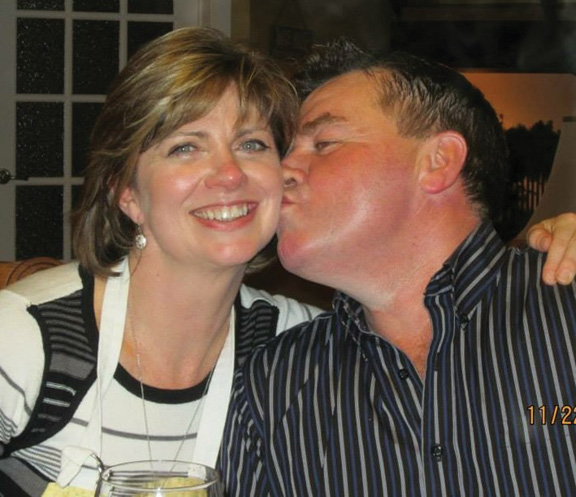 By Brandy Harrison
Right out of the gate, Bev Donnan got a crash course in farm life: The Belleville native wanted a May wedding but crops came first. It still took years to get used to the long hours that her husband, Stirling dairy farmer Don Donnan, spent in the barn.

“I was extremely naïve. I don’t think I really had a clue about what I was getting myself into,” she says. “I thought that when you were done chores, you flip the switch and that’s it.”
So, what can a city girl expect if she marries a farmer?

In a nutshell: long hours, lots of surprises, and accepting that cows or field work can knock her off the priority list. She’ll also need a stomach for farm debt.

Farm lingo isn’t easy either. When they were first dating, Don took Donnan to a twilight meeting. She tried to stay under the radar until someone announced she’d won a door prize. She heard that she won a gallon of chip dip.

She learned about long hours firsthand when her father-in-law broke his pelvis and she was recruited to do the milking.

“It hit me. All this time, I thought he was (working late) deliberately. I realized the inconvenience of animals and that things don’t happen on a schedule. He was doing his best,” says Bev, who’s been married 31 years. “It was great for our marriage.”

A few months after Morrisburg-raised Pam Ropars started dating her future husband Paul, he was kind enough to show her what she was in for. He’d pick her up on Sunday afternoons and after dinner they’d head to his Winchester Springs barn for chores. It didn’t take long to figure out she needed a change of old clothes.

“It doesn’t matter if you’re tired after supper. You have to do the evening milking. I knew full well when I married him 31 years ago what I was getting into.”

They called it quits a few times during spring planting in the five years they dated. But they persevered. She only tried milking once. Paul is a foot taller than her 5 ft. 2 in. and she can’t reach the pipeline without a stool. “Cows get antsy,” she says. “Paul was worried they’d end up kicking me in the face.”

She quickly learned rearranging plans because of a sick cow was the norm. They were at an anniversary dinner in Cornwall a few years ago when they got an emergency call.“We hadn’t finished our meal but we paid and both headed to the barn. I wasn’t angry or upset because that’s part and parcel of being a dairy farmer.”

Pat Derks knew enough to expect to be on the backburner in spring and fall. “If it rained, I got to see Gary. If it didn’t, I didn’t,” says Derks, who marked 29 years of marriage this year to crop farmer and elevator operator Gary Derks. She grew up near Winchester, then lived for years in Ottawa.

The transition wasn’t always easy, she cautions. The long hours can wear thin and even the extended family has to learn to wait.  “They can’t stop combining because you want to have turkey dinner with mom.”

Derks took over the books and fed family, employees, and salesmen alike. “Gary doesn’t clean house and I don’t drive tractor. I think it’s a swell deal. I’ve always said marrying Gary was the best thing that ever happened to me.”

But there was one thing she couldn’t quite stomach — farm debt.

“I still worry about it more than Gary does, but that’s something maybe I’ll never get used to,” she says. “It’s just a way of life with farmers.”

“He was just throwing thousands of dollars at equipment. I’d never imagined that amount before,” says Toonders, who grew up in a Montreal suburb but has been living the farm life in Williamsburg for 30 years. “We never suffered, but there were days I’d think, ‘Are we going to have enough to pay the gas bill?’”

Toonders got used to scraping stalls but never quite adjusted to the telltale smell of manure spreading. “Oh my gosh, that stink. Every time Ron smells it he says it’s farmer’s gold.”