MAXVILLE — Dunvegan dairy farmer Eric Villeneuve walked out to the barn at 4:30 a.m. on May 7 to discover that the 5-year-old pregnant cow had already given birth — she was a week early — and to his surprise a second calf was coming out.

Right after the second one came out, he looked up and there were “more legs!” he said, adding that he had no idea his cow was having more than one.

She birthed three heifers almost all on her own and “it didn’t take long.” Villeneuve helped a little to get the second one out.

“My dad is 75 and he’s never seen this,” Villeneuve said. “I was very surprised.” He said it was the cow’s fourth pregnancy and last year she had twin bulls. He said they will keep the calves as herd replacements. The calves were bred from Semex bull Silverridge V Circus.

Villeneuve milks 56 cows at VilleGlend Holsteins, a tie-stall operation north of Maxville, owned by his parents Rodrigue and Claire Villeneuve and Robert Villeneuve. 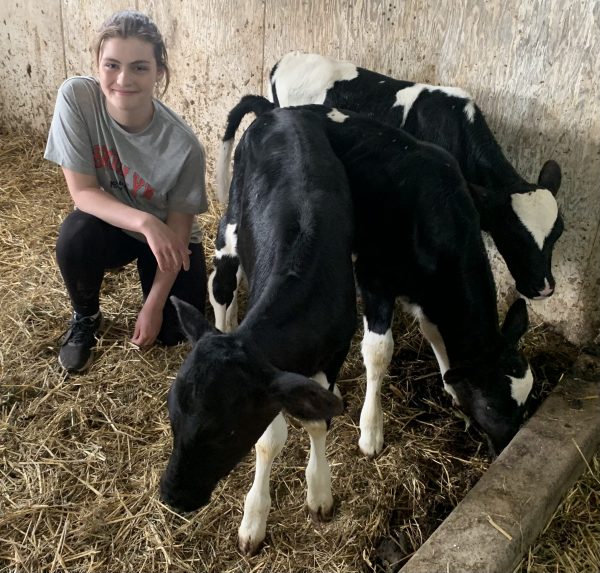