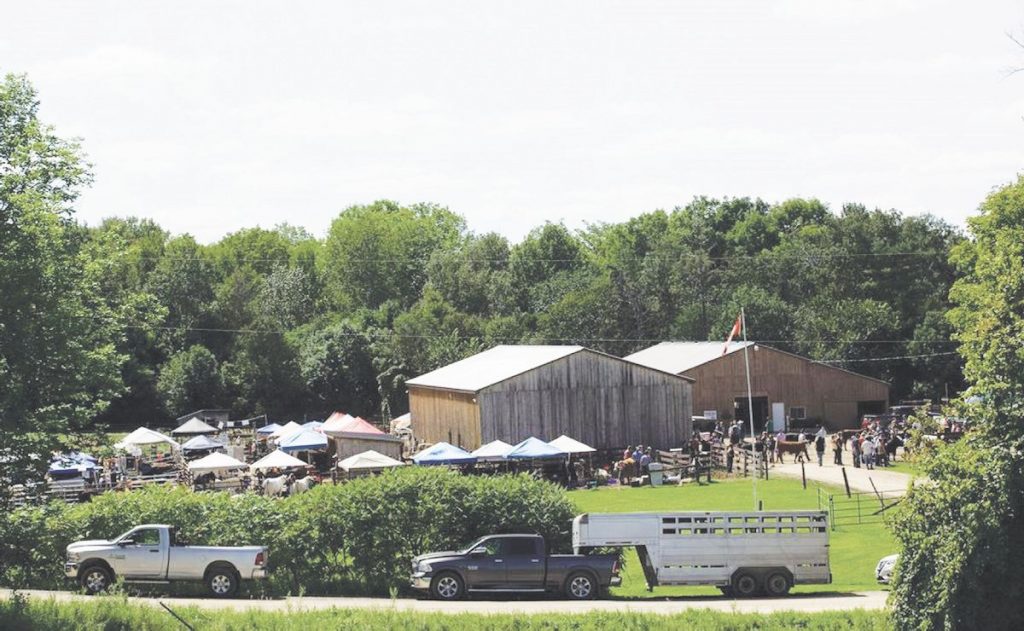 Billy Elmhirst, of Indian River, wanted to reignite excitement in the industry. He did it with his one-day Cattle Battle competition.

As a result of the pandemic, the cattle industry has been dealing with show cancellations for far too long. Cattle showmen had hoped for a revival of shows in 2021 but that didn’t happen. So, the Indian River Cattle Company took matters into its own hands.

The Elmhirst family, breeders of purebred black and red Simmental cattle, held their first-ever ‘Cattle Battle’ on Aug. 14 on their Peterborough County farm. The beef cattle event was open to all ages. “We’re a show family, we love to show cattle,” said farm owner Billy Elmhirst. “We wanted to give the purebred livestock community a reason to get excited about the business again.”

In early July, Elmhirst began telling his friends about his event idea and he said it immediately attracted interest. Farmers pitched in money for sponsorship. Elmhirst set a date and advertised on social media. 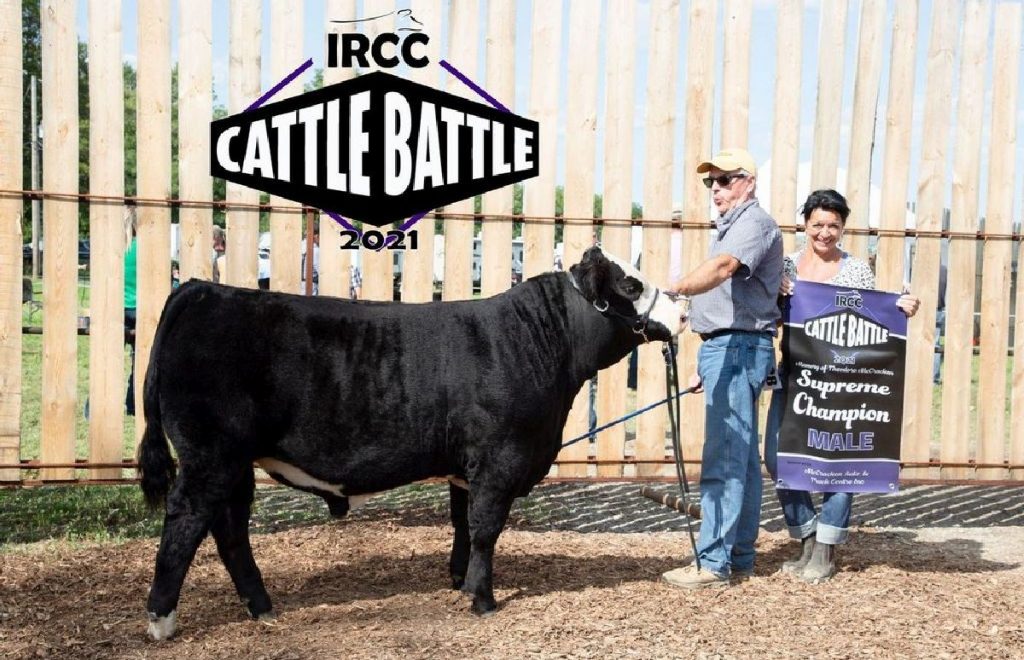 “We put the entry form out there on Google forms and just waited for the entries to roll in,” he said, expecting about 150 entries. “There were 274 entries. We even took some more entries on show-day.”

He prepared his farm for the big day by cleaning out lots, putting down gravel, and supplying bark for bedding. As the number of registrants rose, he added an overflow lot across the street for fear of not having enough space to house all the cattle. He also added more classes.
Participants and spectators came from all over Ontario and Quebec. About 140 youths participated.

“It was pretty overwhelming actually,” Elmhirst said. “The turnout was beyond expectations. That’s an indicator that everyone’s thirsty to get back to normal and to these kinds of events.”

The Cattle Battle ran from morning to sundown. There were so many competitions that Elmhirst set up two show rings. The peewee class saw 30 participants all under the age of eight and they all won prizes. Either they were excellent showmen or their cuteness won over the judges.

“There’s so many kids that enjoy the cattle business,” he said. ”If they have no place to show them, they’re going to lose interest. Most of those kids were in the ring for the first time and you could tell they were having a grand old time.”

The Elmhirst family supplied three generations of judges. “My dad (age 82) and my son and I formed a panel and judged the bull calf class. My wife, my mother, and my daughter judged the heifer calf jackpot.”

The open show included cows but only bull calves, and had two judges: Colton Hamilton, from Alberta, and Hughey Ross, from Saskatchewan, adding a second opinion in some highly competitive classes. “That’s the first time that’s ever been done, to my knowledge, in Canada,” Elmhirst said.

The biggest winner of the day was Sydenham’s Mitch McCrady. He won supreme champion all breeds female in both rings, earning top spot, according to both judges. McCrady also won the supreme champion Angus memorial award. He finished the day with a cheque for $4,500.

Elmhirst said if he did it again, he’d make it a two-day event. “We maxed out the day. It was so full and so busy. This was pretty monumental.”
Elmhirst says the Cattle Battle winners will likely be recognized across the country and south of the border. It was a good opportunity for cattle owners to market their cattle and promote their name for future sales. “The atmosphere was terrific,” Elmhirst said. “I haven’t felt that atmosphere for so long. It was just a buzz.”