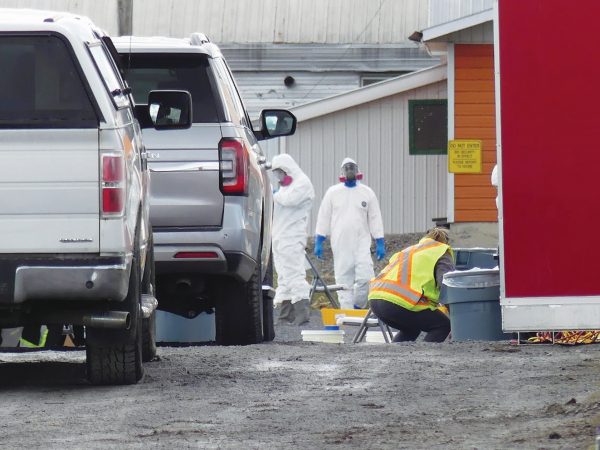 NORTH LANCASTER — While reports suggest the spread of Avian flu might be slowing down, the three afflicted Glengarry County farms could be receiving shipments of new chicks to refill their barns in June. Thousands of poultry from the three locations were destroyed in April after the Avian flu virus was detected at each farm.

The Canadian Food Inspection Agency has identified 26 infected farm sites in the province from late March to May 25. Of those, 20 farms had commercial flocks and most were in Southwestern Ontario. An estimated 474,000 Ontario birds have been destroyed and a total of 1.9 million across the country as officials battle to control the virus. There were four new commercial flock cases last month in York Region.

Some producers with early identified cases are in the process of restocking their barns — though that doesn’t mark a return to actual production. It means going back to square one with young birds or chicks and having to play catch-up with the life-cycle stage of the previous flock. 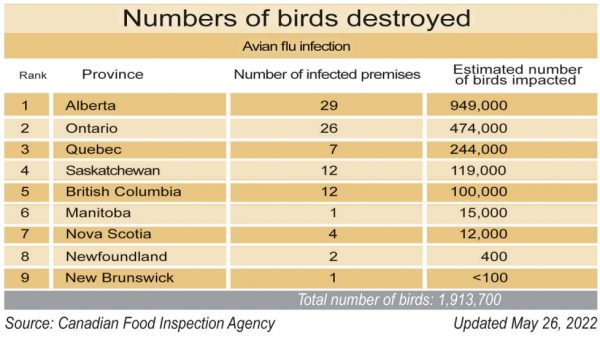 But before the replacement birds are brought in, the old birds have to be destroyed and their carcasses composted inside the barn for about six days, according to CFIA rules. The decomposition process creates enough heat to kill the pathogen. “There’s not much left of them after six days,” Bishop-Spencer said.

Once the pathogen-free compost is cleaned out and left on-farm, the owner proceeds to cleaning and disinfecting the barn, a process that may take a couple of days or more and “varies greatly depending on the size of the premises and the type of poultry production,” according to a CFIA spokesperson. “Dry cleaning, wet cleaning and disinfection are required of barns, feeders, waterers, equipment and other areas of the site used for poultry production.”

After cleaning, the producer can wait 14 days to begin restocking, or restock right-away if agreeing to bird testing each day for up to 14 days.

Grocery store supply has not been affected. There are 1,200 chicken meat producers, 430 egg producers and 160 turkey farms in Ontario.