Carbon tax exemption could be here by Christmas 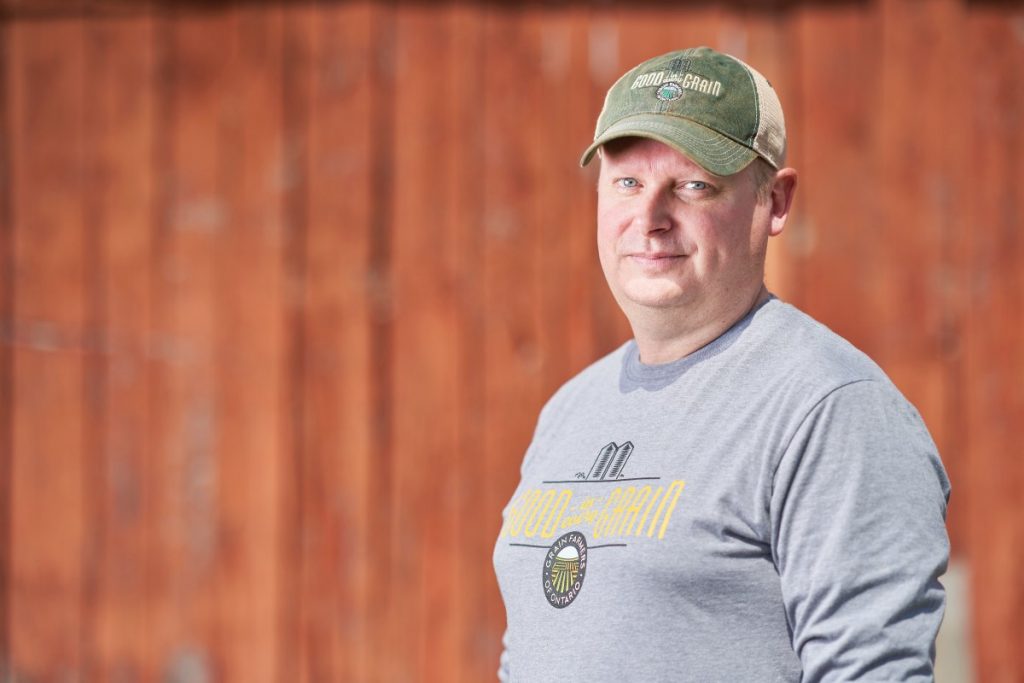 Brendan Byrne, Chair of the Grain Farmers of Ontario, at his farm near Essex, Ontario, in 2021.
(Farmers Forum/ Geoff Robins)

GODERICH — A federal carbon-tax exemption bill is on track to likely pass by Christmas and relieve farmers now paying the Trudeau levy on grain-drying and barn-heating. That’s according to a key staff member in the office of MP Ben Lobb (CON – Huron-Bruce), sponsor of private member’s bill C-234.

The bill “is in all likelihood, going to pass,” Lobb’s policy director Jason Tucker said Nov. 1, though he added there is “obviously no guarantee.”
The third and final vote on the bill will depend on parliamentary negotiations, “but I believe it’ll be by Christmas,” Tucker said.

C-234 last went to a vote in the House on May 18, when it passed second reading 170-143 and was supported by all Conservative, Green and Bloc Quebecois MPs. There was support from only one of 158 Liberal MPS — Nova Scotia MP Kody Blois.

Tucker suggested the parties would line up the same way. “There’s no reason to think that anything has changed.”

He observed that the multi-party affirmative vote is a reflection of the agricultural community’s support for the bill “pretty well across the board.”

While the government rebates back some of the money, it “falls far short of what’s actually paid” by grain-dryer operators, Grain Farmers of Ontario Chair Brendan Byrne testified last month at parliament’s standing committee on Agriculture and Agri-Food. Byrne estimated the rebate returned less than 15% of what’s paid out in carbon tax.
“Grain-drying is an essential part of harvesting grain,” Byrne emphasized in his virtual appearance at the committee. “If we get this wrong, then we don’t have a crop to sell, and we’re producing less food.”

At the current rate of carbon-tax increase, Ontario grain farmers will collectively pay $2.7 billion extra to dry their grain in 2030, he said. “All this money is coming out of our pockets. Farmers cannot pass this on to anyone else. They simply have to pay it and bear the brunt of this.”

MP Francis Drouin (LIB – Glengarry-Prescott-Russell) raised the idea of adding a sunset clause to the bill, which would automatically quash a carbon-tax exemption after a number of stipulated years. Grain-dryer operators could presumably use that additional time to develop carbon-free alternatives.

Byrne replied that a sunset clause “could be entertained if it was long enough.” He suggested a “10-year runway” to start, but would need to include no end to the exemption until a “reliable” alternative grain-drying technology was available and supported by the local marketplace.