Canola yield average, price doubles but does not attract growers 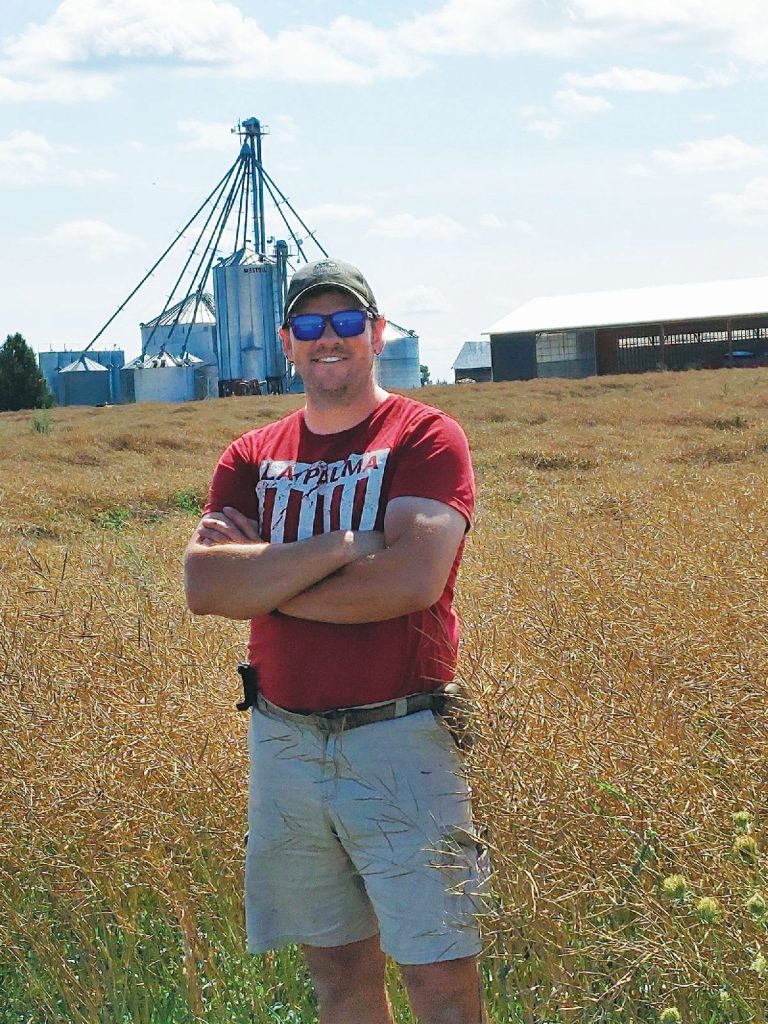 “The price of canola has almost doubled in one year,” says Darcy Smith, a Renfrew County canola farmer. But even at $500 per tonne, growers still prefer to grow soybeans.

So, why does the Pembroke farmer grow it?

The early September harvest allows him to plant his winter wheat early on the same field.

Easily recognizable by its small yellow flowers, canola is a crop that produces tiny dark seeds which are harvested and crushed to make canola oil and meal. The plant is mostly grown in Western Canada, but about 45,000 acres of it are grown in Ontario, according to the Ministry of Agriculture, Food, and Rural Affairs.

Smith has been farming canola for 15 years. He says he planted 370 acres of it this year in the first week of May and was expected to start harvesting an average yield.

Canola is a tricky crop to grow, which turns away many farmers. Smith says that much of southern Ontario is too hot to grow canola. “They need to get two tonnes of canola to get anywhere as close to what a tonne and a half of beans can get and two tonnes of canola is unheard of,” Smith said.

The market for canola is also much smaller, with few processing plants. There are only a handful of places in Ontario that will take it. Whereas with soybeans and corn, there’s an elevator every few kilometres that’s willing to buy.

Jennifer Doelman, another Renfrew County farmer at Bonnechere Haven Farms in Douglas and provincial director with the Ontario Canola Growers Association, says she trucks her canola to either Bunge Hamilton or Viterra in Quebec for processing.

Doelman planted her 230 acres of canola in early May, just like Smith. She expected to start harvesting the canola in the first week of September. She says she’s expecting an average yield this year, about a tonne. Last year they were just under that.

Like Smith, her favourite part about growing the crop is the early harvest that allows her to plant winter wheat right after. She says that from a soil health point of view, growing canola increases other crop yields on the same field.

“It does take management,” Doelman said. “It is very profitable when done well. We’re always happy when we get $500 dollars. For this year my canola sold just shy of $500 a tonne.”

Interestingly, canola meal is starting to turn up in dairy rotations in Eastern Ontario, a practice that is quite popular in the United States. Doelman says it has excellent results and is an untapped market here.