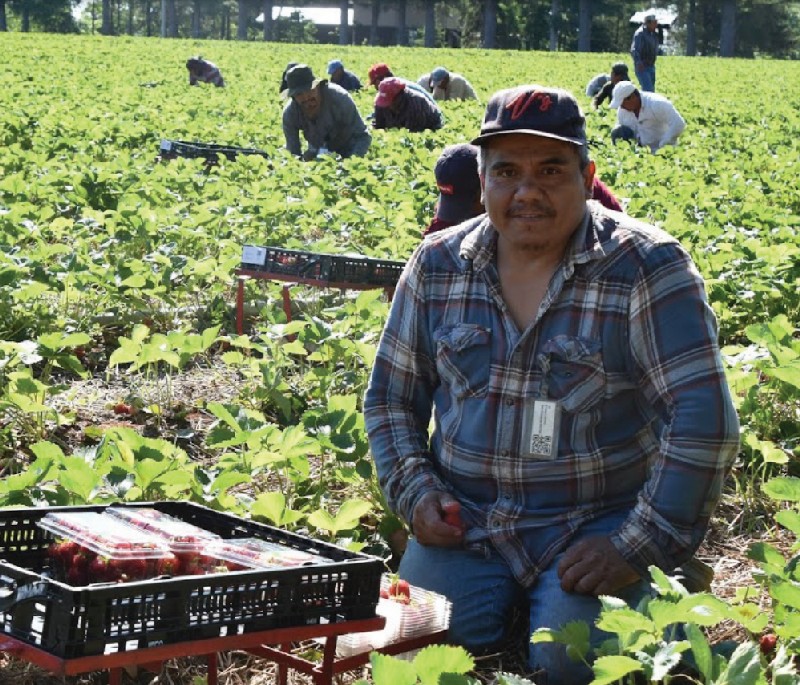 A Mexican worker earlier this year was one of 32 employed by Dentz Orchards and Berry Farm at Iroquois. (Nelson Zandbergen photo)

OTTAWA — There is a farm labour shortage around the world and in Canada. From relief milkers, to manual labourers to agronomists, crop specialists and veterinarians, the agriculture and food sector is constantly in search of help.

Ontario is the most worker-deficient province and the problem is going to get worse, especially on the farm. While there were 63,000 unfilled positions in primary agriculture in 2018, that will rise to 123,000 by 2029, reports the Canadian Federation of Agriculture. “Nearly all vacant positions are filled by international agricultural workers, despite robust advertising and hiring efforts by Canadian farmers,” CFA says. In fact, four in 10 agricultural employers surveyed were not able to find the workers they needed. The greenhouse, nursery and floriculture sectors are hardest hit as they are the biggest users of foreign labour for picking produce.

To relieve pressure on farms, the CFA recommends that governments provide farmers with clear rules and support to access the foreign worker program and include the option for foreign workers to become Canadian permanent residents. The CFA also encourages government investment in the adoption of labour-saving technologies and automation.

“Canadian agriculture has been repeatedly identified by the government and financial institutions as a sector that can achieve incredible growth,” Robinson said. “Our natural resources are one of Canada’s strongest foundations. Yet consecutive governments have failed to provide any kind of increase in consistent funding to actually achieve this growth, failing to even keep up with inflation.”

Canada is suffering from a labour shortage across the board. In the second quarter of 2021, there were a record high 731,000 job vacancies in Canada, Statistics Canada reported. At the same time, the average hourly wage increased slightly by $1.55 per hour to $22.85 per hour.