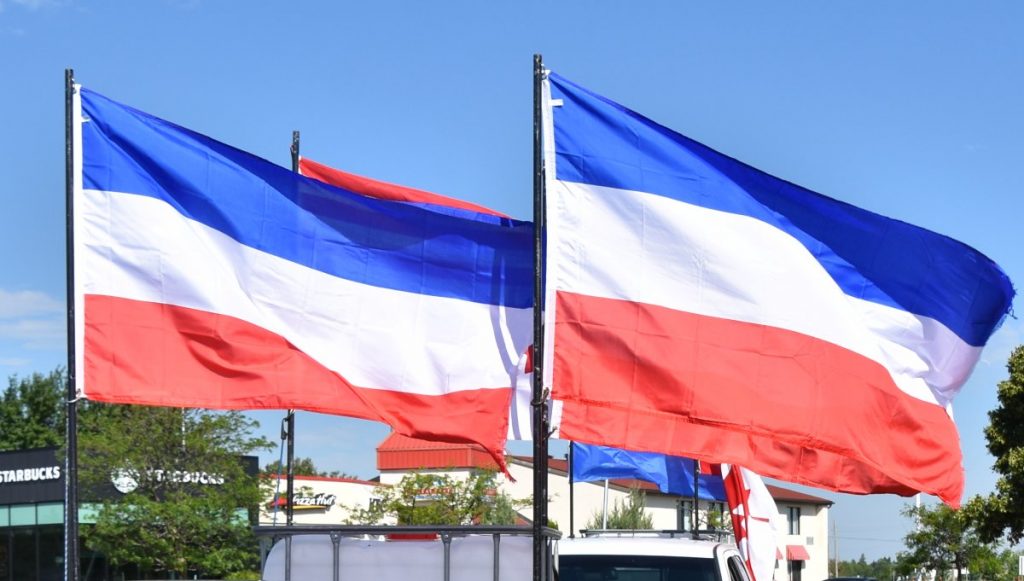 OTTAWA — Eastern Ontario farmers who fear that drastic Dutch policies on farming are coming to Canada, appear to be right.

Agreement in principle on the latest five-year refresh of the framework — a multi-billion-dollar federal and provincial funding partnership supporting agriculture — was reached by the participating governments July 22.

Though party to the agreement, Thompson and her prairie counterparts oppose its 30% reduction in nitrous oxide emissions from farms by 2030. A prior study has suggested this target means spreading 20% less nitrogen fertilizer. 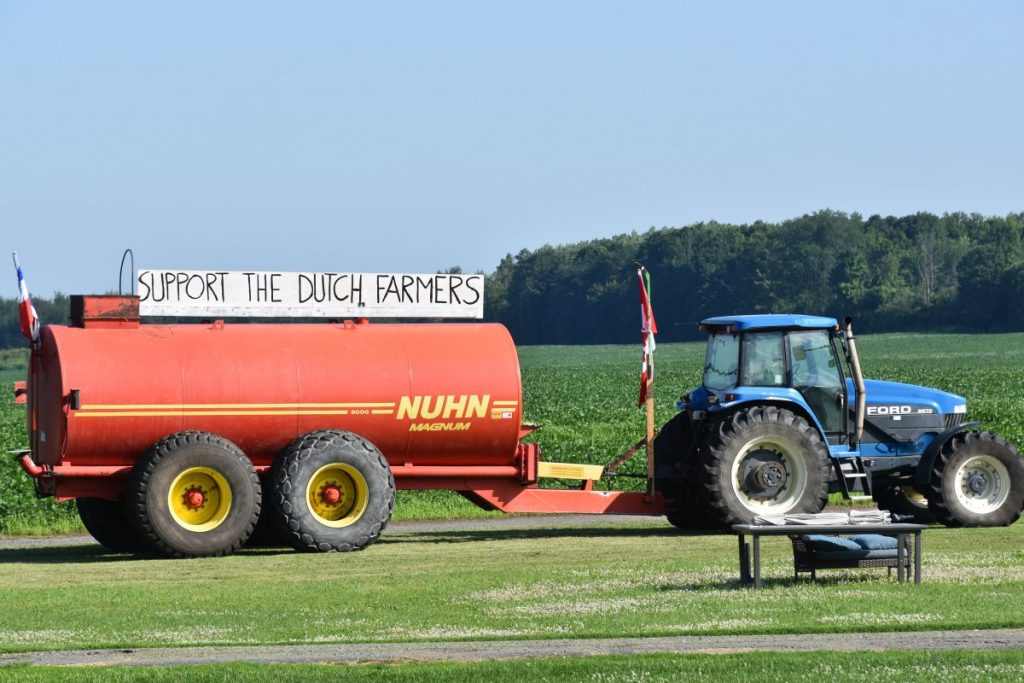 A farm outside Chesterville signals its solidarity with protesting farmers in the Netherlands. (Nelson Zandbergen photo)

Curtailing fertilizer usage by even 20% could cost Canadian grain and oilseed growers nearly $48 billion in lost sales because of lower yields over the next eight years, according to the study commissioned by Fertilizer Canada last year. In the Netherlands, Dutch farmers erupted in anger after their government announced plans to reduce nitrogen emissions and manure by 50 per cent by 2030.

The provincial ministers complain that the federal fertilizer target was presented as a fait accompli — and not up for discussion — during their three-day-session in Saskatoon with federal Agriculture and Agri-food Minister Marie-Claire Bibeau.

“At a time when the world is struggling with food security, the last thing Ontario farmers need is imposed federal targets that make it harder for them to grow and produce food,” Thompson said in a statement to Farmers Forum. “I am disappointed in the federal government’s lack of discussion and collaboration on their 30 percent nitrogen oxide target. This will add to serious and complex challenges farmers are facing, and I call on the federal government to work with the provinces and farmers to find an approach that will not negatively impact Ontario yields or food security.”

Thompson’s colleagues from Saskatchewan and Alberta similarly expressed “profound disappointment” in a joint release after the meeting of ag ministers. They say the feds presented the 30% target as “already set,” and any future consultations on the subject would “only determine how to meet the target that Prime Minister Trudeau and Minister Bibeau have already unilaterally imposed on this industry, not to consult on what is achievable or attainable.”

Farm and industry groups grew concerned about potential fertilizer cuts last year as Ottawa further developed its 2020 plan to reduce greenhouse gas emissions by a whopping 40 to 45% below 2005 levels by 2030, including the 30% nitrogen oxide reduction.

The federal fertilizer goal was touted as “voluntary,” and the federal department of Agriculture and Agri-food still insists the 30% target “does not represent a mandatory reduction in fertilizer use,” according to a July 25 statement issued to Farmers Forum. “Instead, actions will focus on improving nitrogen management and optimization of fertilizer use which will not only help to reduce emissions, but can also result in long-term improvements in soil health and water quality.”

Critics, however, argue that the goal is hardly voluntary if it is tied to funding programs.

Agriculture Canada says it has not yet figured out how it will hit the target and has launched new consultations around a discussion document on cutting fertilizer-based emissions. The comment period is open until Aug. 31. Email them to aafc.fertilizer-engrais.aac@agr.gc.ca

In the meantime, Ottawa is pumping money into the goal. The Trudeau government increased its farm and agri-food environmental spending by $1 billion this year, out of $1.5 billion now allocated to its emissions reduction plan. Those dollars include $470 million for the on-farm climate action fund, which includes initiatives related to fertilizer emissions on the farm.