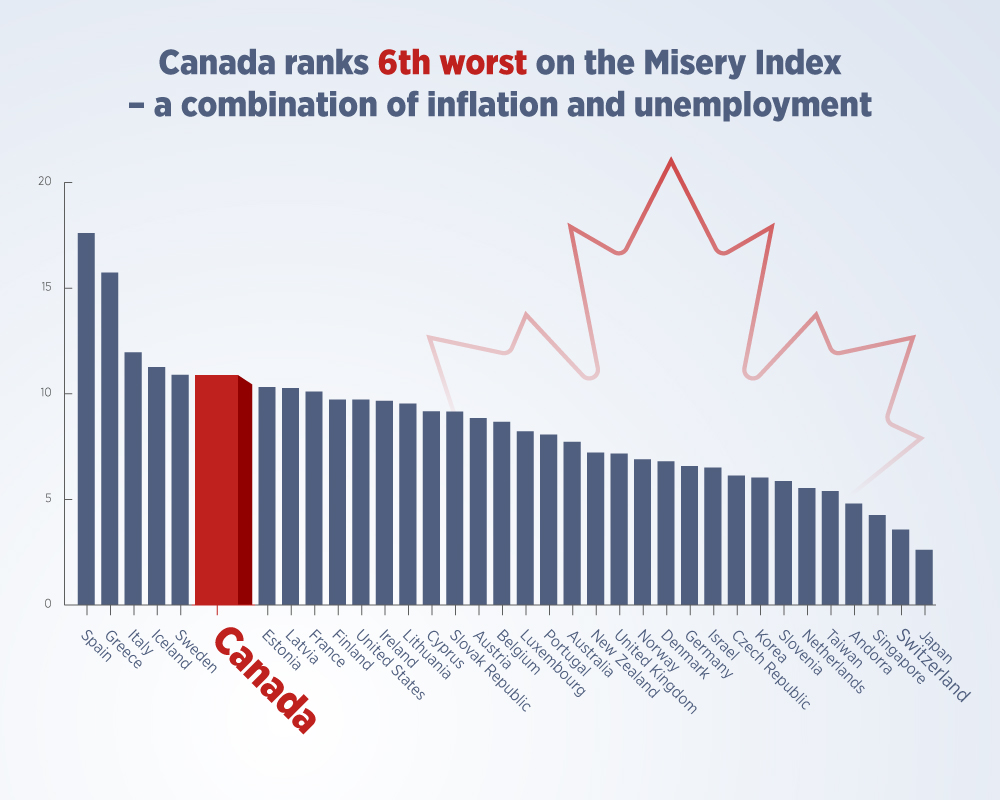 “Canadians are rightly concerned about the country’s high inflation and unemployment rates, and when compared to other developed countries, Canada is not doing well,” said Jason Clements, executive vice president of the Fraser Institute andco-author of The Misery Index Returns.

The study finds that out of the International Monetary Fund’s 35 most advanced economies, Canada has the 6th worst Misery Index score in 2021 of 10.88 — a combination of Canada’s inflation rate of 3.15 and unemployment rate of 7.72.

The least miserable countries with the lowest index scores are Switzerland (3.57) and Japan (2.61).

The Misery Index was developed by American economist Arthur Okun as a way to capture both the costs of high inflation and high unemployment.

While prominent in policy discussions in the 1970s and 1980s, the Misery Index all but disappeared from public discourse starting in the early 1990s as inflation was tamed and remained low, and unemployment in most countries trended downwards.

“The fact that we are again discussing the Misery Index and Canada’s high ranking on it is bad news for all Canadians, who will suffer as a result,” Clemens said.

“Governments across Canada, particularly the federal government, should prioritize those policies that will make Canadians less miserable by lowering inflation and unemployment.”