BREAKING NEWS
13:01
Home News Canada caused our high fuel prices and unity of the country is now at stake 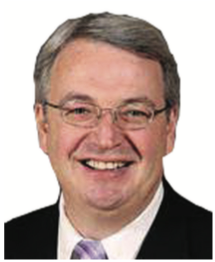 A reprieve in oil prices is unlikely, says an advocate for lower fuel costs. Dan McTeague, president of Canadians for Affordable Energy, told Farmers Forum May 20 that the war against carbon emissions has hurt Canadians themselves and the hurt will get worse.

Q: You predicted two years ago that $2 gas was coming. Now that we’re here, will it get worse?

A: “Inventories of gasoline, diesel, and even oil are being drawn down dramatically. They’ve now drawn down to levels I haven’t seen since 1987. I sense that we’re going to be seeing higher prices in the summer. It wouldn’t surprise me to see average prices in Canada break into the $2.15 (/L) range, maybe even $2.18.”

Q: How should federal and Ontario governments respond?

A: “The Ontario Conservatives dropped its road tax by 5.7 cents for gasoline, 5.3 for diesel. But five cents a litre when you know prices have gone up 50 cents isn’t going to be felt by consumers.

“Runaway oil prices and the weakness in the Canadian dollar are two major outcomes of blocking pipelines and not making this place a very attractive place to invest. If you really want to do something, say you’re going to build two pipelines, one east, one west, to demonstrate that you’re prepared to supply an additional 3-million barrels (per day). That would drive gasoline prices down 35 cents a litre.

“Canada is very much responsible for these global prices hitting what they are. You can’t say well, look at what Russia did. If Energy East and Northern Gateway were built today, I don’t think Mr. Putin would have half the geopolitical leverage he has now and he certainly wouldn’t be financed by Europe, who has no alternative but to buy his oil and gas.”

Q: What might this mean for agriculture and then for food prices later on?

A: “A farmer who has 10 tractors having to go through 200 litres a day per rig has now been confronted with the reality of a doubling of their price this year compared to last year on diesel alone.

“When you start messing around with energy affordability, it gives rise now to food insecurity. And I think that’s what we’re confronted with, like it or not, our willingness to ignore Canada’s role in terms of stabilizing the global economy through energy security and provision of energy is a major contributor to the lot the world finds itself in today. And if Canada doesn’t get its act together and continues down this road of saying, it’s all about climate, climate policies, to the detriment, the exclusion of all other imperatives, including and most importantly, global security and energy security, then we’re in big trouble as a country.”

Q: How did you know these prices were coming? Is it because we got on the climate change bandwagon?

A: “It was very short sighted because we were exclusively focused on how to hog tie our oil and gas sector. It was a war waged with few considering the consequences against our fossil fuel industry. That might be fine if your alternative is affordable and reliable. But given that it isn’t, Canadians have made a sacrifice and trade. I call it a royal flush in favor of a pair of deuces.

“Unfortunately, Canadians would like to point the finger, but they had no one to blame but themselves, particularly their leadership in this country, who have decided to take us down this very unreliable, unsustainable path of casting our lot with things that just cannot match what hydrocarbons do.

“In the war against fossil fuels in this country, the casualties will be consumers and possibly the unity of the nation.”