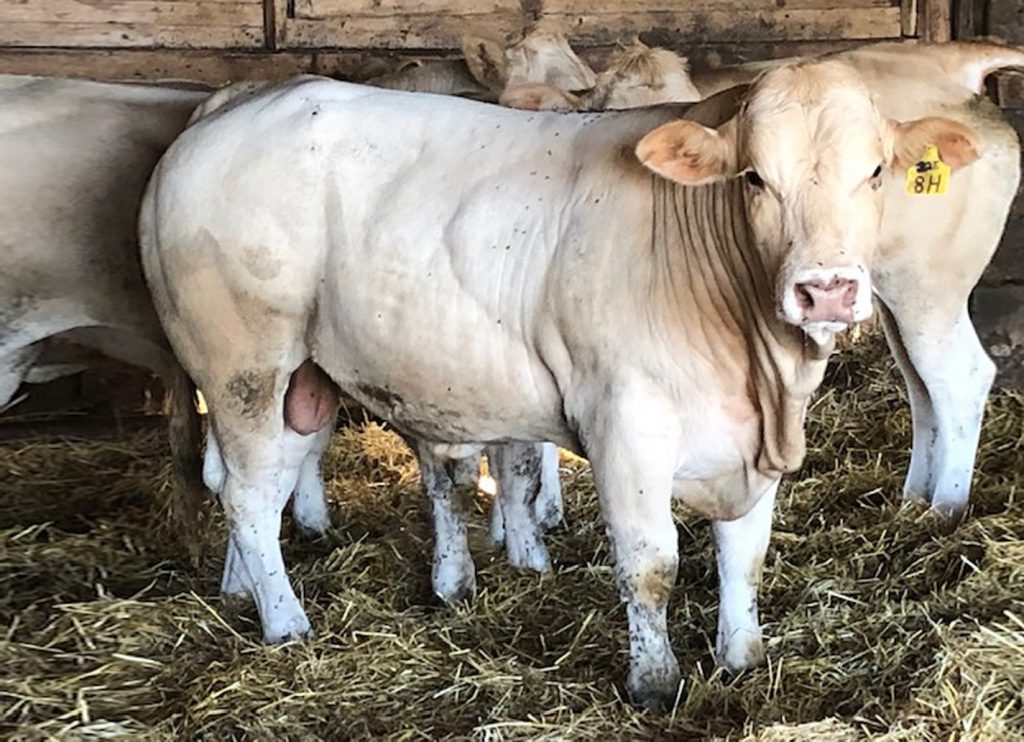 CAMPBELLFORD — Thirty-four consigned Blonde d’Aquitaine cattle went on the block Oct. 23 at the 21st annual ‘Cream of the Crop’ sale, yielding an average $2,514 per head.

Kirk McGee, board member with the association dedicated to the double-muscled beef breed, noted the average price was up $270 over last year. The number of animals available also increased by 10 over the 2020 sale — the only one of its kind in Canada dedicated to purebred Blonde d’Aquitaines.

At $3,600, Langstaff Hercules 8H was top-selling bull, consigned by John Langstaff of Sombra and bought by Shelbromack Blondes of Sunderland.

The Canadian Blonde d’Aquitaine Association itself benefitted through a fundraiser draw on a heifer donated by Rick and Jan Drinkill of Forest View Farms in Elmvale. That effort took in $5,740 for the organization.

McGee said in-person attendance at the sale barn appeared larger than last year. Online buyers also played a bigger role this time, snapping up 3 cattle over last year’s single animal sold that way. Only the second year that online bidding was an option at the sale, the virtual participants also snapped up 15 lots of semen.

And for the first time, “People’s Choice Award” voters produced a tie. Bar K Gumdrop 24G and Fee Haven Harmony 323H were both awarded the recognition. The sellers and buyers of those animals received banners sponsored by Acres Farms of Carp and Little Creek Farms of Ellscott, Alberta.