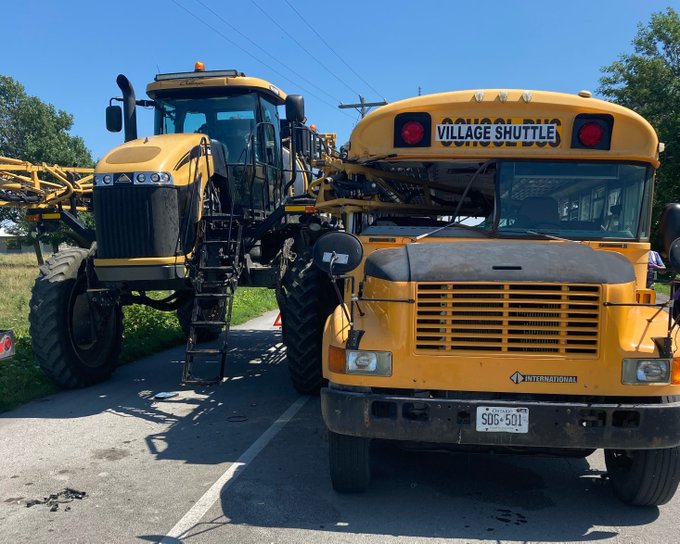 WOLFE ISLAND— Four people were taken to Kingston General Hospital after a shuttle bus collided with a crop sprayer on August 3.

OPP said the farm equipment was stationary on the side of Dawson Point Road when the bus driver drove into it around 1 p.m. that day. One arm of the crop sprayer went through the front windshield of the bus on the passenger’s side and through a driver’s side side-window at the back.

Frontenac Paramedics arrived at the scene. They later announced on Twitter the same day that all four individuals taken to hospital sustained minor injuries, none of which were life-threatening.

The bus driver, a 47-year-old Wolfe Island resident, has been charged with careless driving.

The collision and further investigation caused delays for the Wolfe Island Ferry, with the terminal located just 200 meters from the crash. OPP asked commuters to be patient while the investigation continued.