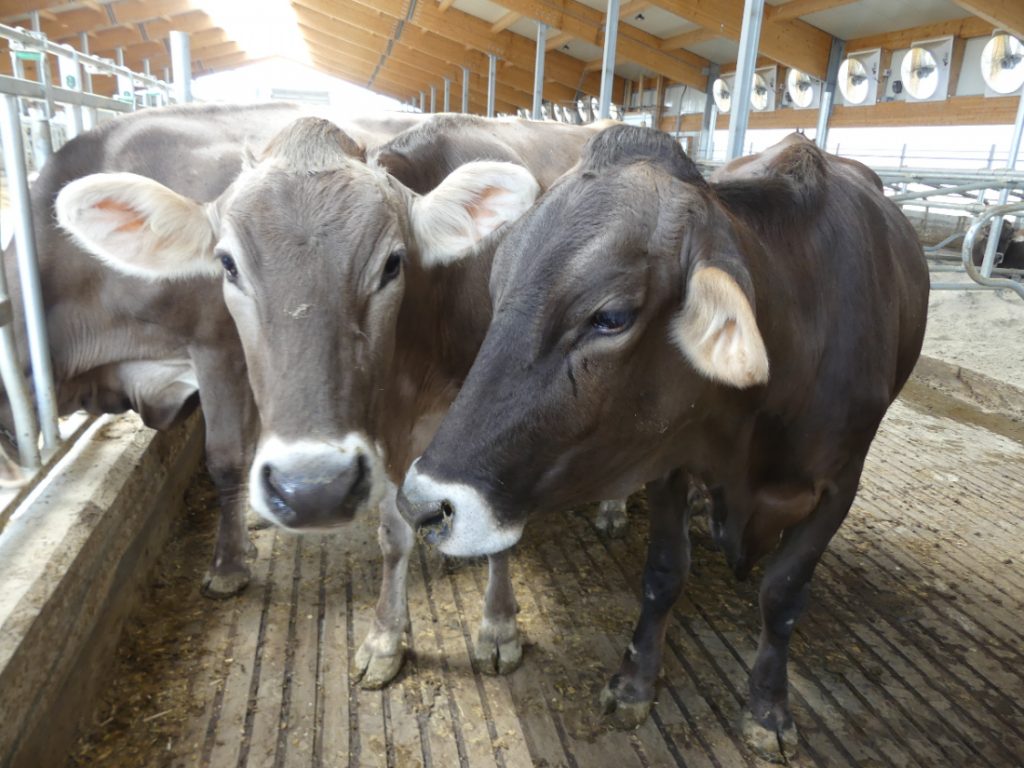 WILLIAMSTOWN — The Brown Swiss breed remains an integral part of Rimann’s Maple Boom dairy farm in South Glengarry Township — no matter that the operators recently added 50 Holsteins to rapidly expand the output of the production herd.

For Rimann, the brown cows with big brown eyes, slightly droopy ears and gentle, attention-seeking disposition are part of his own Swiss heritage. When his family immigrated from the European country to buy the Williamstown-area farm in the mid-1990s, it came with a Holstein herd they found ill-tempered compared with the breed they knew from their ancestral dairy farm back home. They bred away the Holsteins by crossing the animals with Brown Swiss semen sourced from Germany, eventually ending up with nothing but a Brown Swiss herd. Only this year have they added Holsteins as part of a production expansion and new barn project.

Brown Swiss are also known for their high BCA scores, particularly on the protein side, with milk output volumes not far behind the Holstein.

Lactanet’s 2021 Progress Report shows a total of 11 Brown Swiss herds participating in the popular milk-recording program last year. The combined Brown Swiss  herds had the highest BCA (breed class average measuring milk fat and protein) beating out all other breeds in the province.

Rimann says that, in his opinion — at least in comparison to the farm’s original Holstein herd of 25 years ago — the Brown Swiss boasted superior feet and legs and better longevity. “I feel the Brown Swiss animal was less prone to get sick,” he adds.

While Brown Swiss cows are known for their gentle temperament and big brown eyes, Adrian Rimann believes the breed is hardier and has fewer health problems compared to Holsteins.