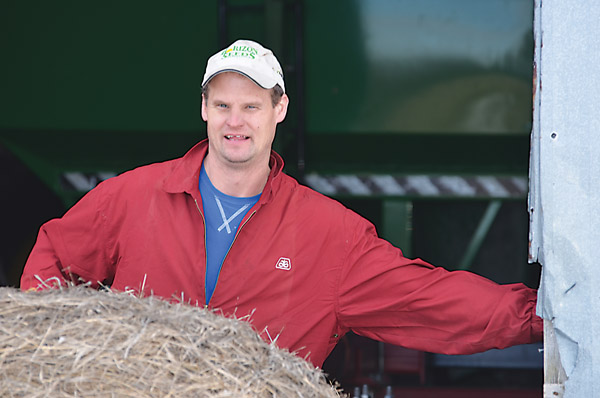 A report from a large legal firm might be an effective tool in stopping municipalities from encroaching on farmers’ properties. Why? Because the report suggests that parts of your official plan could be going too far.

The United Counties of Leeds and Grenville is the last region in Ontario to work out its official plan and they were almost there when the Ontario Landowners Association (OLA) dropped a bombshell. It was in the form of a 2011 report from Gowlings law firm, a Canadian company with 700 lawyers. The eight-page report revealed 22 urban cases where judges ruled against portions of several Ontario official plans.

“As currently used, many, if not most official plans across Ontario contain elements that are not consistent with the law, either in the form of decided case law, or on a plain reading of the Planning Act,” says the report’s authors. “Official plans are not intended to be used to prohibit or regulate specific land uses in detail. Rather, these should be implemented through zoning bylaws.”

The report says that official plans are supposed to be broad, flexible documents, not restricting development or land use on specific property.

With the Gowlings document now on the table, the county of Leeds and Grenville postponed the passing of its official plan last month, a decision that pleased OLA member Shawn Carmichael.

“At the end of the day, the document will hopefully make the counties realize they don’t have the power to regulate on private property,” he said. “I honestly don’t believe there is any benefit for a farmer in an official plan.”

Gowlings partner Michael Polowin, the author of the report and also the leader of Gowlings’ National Municipal Law Group, said there is a hierarchy when it comes to planning documents: first, there is the provincial policy statement, which is a very general document. The next level is an official plan, which is designed to be more specific, but still general. The lowest level is zoning bylaws, which are specific and detailed. Polowin said many planners treat an official plan akin to adding it to the constitution.

As an example, Polowin said an official plan can say council is looking for low-rise buildings in an area, but it can’t say those buildings have to be a maximum of 15 metres high.

“An official plan should be a broad and guiding document,” he said. “The more an official plan begins to resemble a zoning bylaw, the further offside it is. The case law is crystal clear. It doesn’t matter to me what the official plan says on how I use my property. If the zoning bylaw allows it, that’s all I have to care about.”

Carmichael has issues with the impact that official plans could have on farmland. For example, he said an official plan could try to establish wildlife corridors on farmland or designate much of an area as a significant woodlot, limiting what a farmer wanted to do with that area.

“The state doesn’t have an interest in my woodlot,” said Carmichael. “If I wanted to go out there and cut it down, that’s my right.”

“You can designate it as an extra super special, super duper woodlot, and if there’s no prohibition (bylaw) on cutting it down, he can go in the next day and cut it down,” said Polowin.

Carmichael knows of a retired farmer in the Edwardsburgh/Cardinal area who owned 100 acres with two roads on the property that gave a natural severance to 20 acres. The farmer wanted to sell 80 acres, and build a new bungalow on the other 20 acres. However, thanks to that area’s official plan, he was told the house had to be 1,500 metres away from the existing ag operation, which shoved the farmer to the back of the lot. Then he had to be 90 metres away from a municipal drain that had Blanding’s turtles in it, an endangered species in Ontario. Then the official plan said the house had to be 150 metres away from Hwy 416.

“By the time he got done, he ran out of real estate on a 20-acre lot,” said Carmichael, adding the farmer was never able to build that bungalow. “And that is all because the official plan said you can’t do this, you can’t do that. Technically, that’s illegal, because it would take a zoning bylaw to do that. Essentially, they devalued his property to zero and didn’t compensate him for it.”

Carmichael thinks municipalities make these specific changes in official plans for two reasons: people are less likely to fight an official plan than a zoning bylaw, and it’s a lot easier to change an entire document covering a large area than to change zoning bylaws one property at a time.

“A lot of times, municipalities will say ‘we have to conform with the official plan,’ ” he said. “No, you don’t. You can call it official, but it’s not legal.”