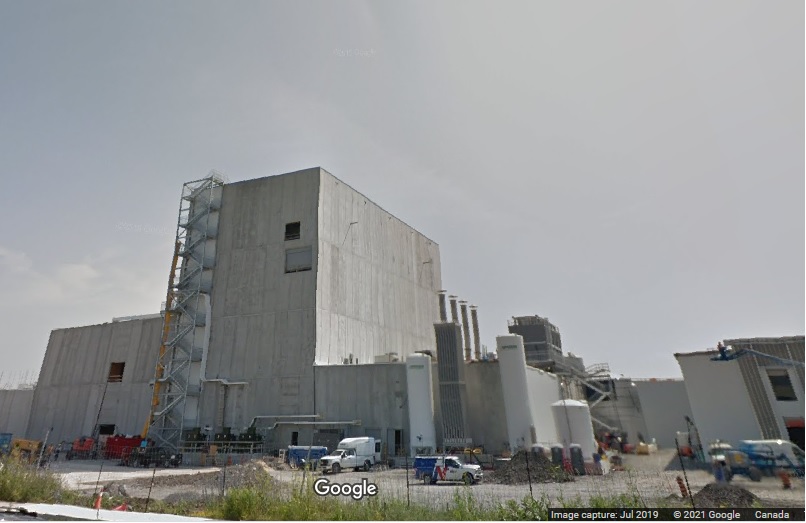 The Feihe-owned plant in Kingston, as shown during construction in 2019 in this Google Maps photo.

KINGSTON — Following numerous complaints about harsh and dangerous working conditions at a Chinese government controlled milk production plant in Kingston, a Canadian expert on Chinese relations argues that Canada needs to recognize that China does business differently. Canadian governments are dealing with another country, not a company, and China is a communist regime with a history of ignoring laws in other countries, he said.

“Chinese firms are inclined to flout regulations if they think they can get away with it,” said Charles Burton, a senior fellow at the Ottawa-based Macdonald-Laurier Institute and a former political science professor at Brock University, specializing in Chinese relations and a former counsellor at the Canadians Embassy to China.

Speaking with Farmers Forum, Burton said that the Kingston plant appears to suffer from similar complaints elsewhere, compounded by language and cultural differences, including a Chinese disdain for workers.

In late March the CBC reported that there were numerous complaints from five former employees at the Feihe milk plant, also known as Canada Royal Milk. The Kingston plant has about 130 employees and is high-profile as it has seen the largest foreign investment in the Ontario agri-food sector. The plant also receives enough funding from Ontario taxpayers to cover all employee salaries for four years.

The CBC reported that there was a range of workplace concerns linked to the Kingston plant, including a high rate of injuries, including chemical burns. Concerns raised with municipal and provincial officials over the last two years include an explosion, electrocution risks, unsafe storage of chemicals and air quality concerns. In February, area residents reported a foul odour coming from the plant.

One former employee, who said he was afraid of getting injured or killed said he was told by a plant manager that “this is the way they do things in China.”

Burton said that Canadians should also be concerned about Chinese investments in Canadian agricultural companies when they buy majority shares.

Canada needs to adjust its policies to recognize that our politically correct approach to other countries is not working because dealing with Sweden is not the same as dealing with China, he said. “Chinese investment in Canada is coordinated by the Chinese Communist Party. They do everything with a purpose. You can see a lot of small investments that get combined together with a long-term strategy. I have heard of concerns about acquiring large tracts of agricultural land. We’re not sure why. But there is a plan here.”

Burton added that by crying foul to rules “the Chinese will, of course, accuse us of racism. But what you are looking at is the incompatibility of the Chinese communist system and our own. These firms are not the same as firms from democratic countries. They do not function independently of the Chinese regime. I think it is reasonable that we don’t want a foreign state, through its proxy companies, to get too much control over the Canadian economy and politics.”