Berry pickers and their photographer 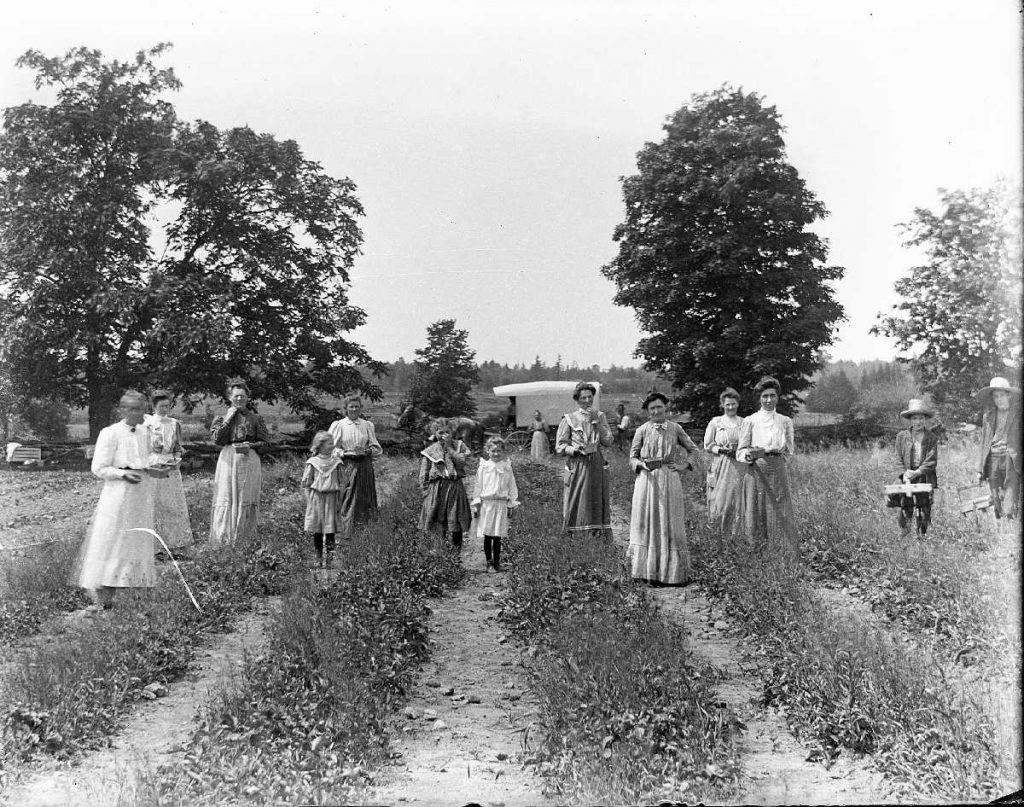 A group of women and children pick berries at the Pringle Berry Farm, near Yarker, north of Kingston.
What you don’t see is the amateur photographer, Fred Brown, who travelled by bicycle.
According to the Lennox and Addington archives, Brown “carried with him a large, bulky camera where he took images and created glass plate negatives. While the intent in some of the photography was to create picture postcards, Brown was part of a growing number of photographers trying to capture the essence of his community.”
Brown owned the Yarker Rural Telephone Company and a bicycle repair shop. There was more money in bicycles than in photography. He could charge 25 cents for most repairs.
We know the photo was taken no earlier than 1902 because that was the year he was married and his wife is one of the women in the photo.
(Photo submitted by Lennox and Addington County Museum and Archives archivist Kimberly Kerr)