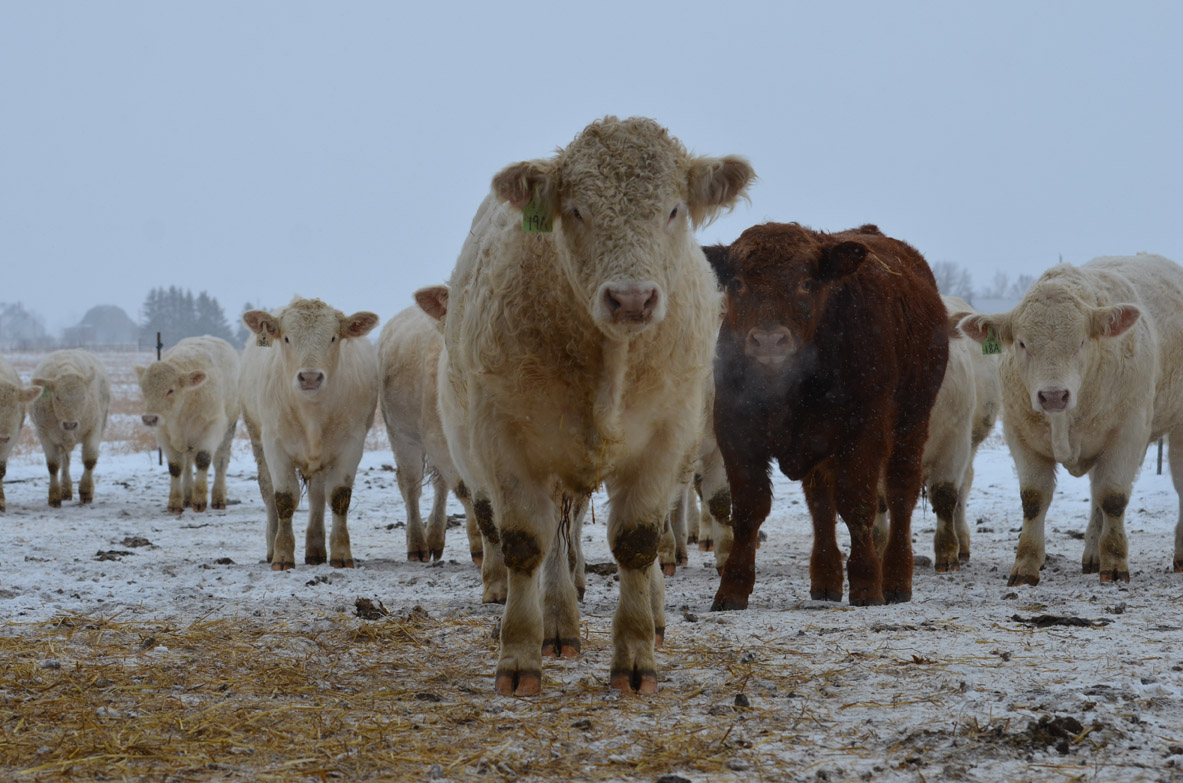 COOKSTOWN — Falling beef prices for the past couple of months is just the normal ebb and flow of the market, said Ontario cattlemen.

Murray Morrison of Ontario Stockyards in Cookstown, just south of Barrie, said beef prices in the supermarket simply went too high, which, combined with farmers bringing a steady supply of animals to the sales barn, meant a high supply and low demand led to a decrease in prices.

“It’s all stimulated by everything got so damn high,” said Morrison. “It just didn’t work. It escalated out of control.”

Like anything else bought and sold on the market, beef prices can go up and down in any given week. The only difference now is that the ups and downs are larger, said Morrison.

“They used to go down a little bit and go up a little bit, and now it’s kind of violent swings,” he said.

“Everybody expected it,” said Alan Carroll, president of Elgin Beef Farmers. “We definitely had a good run when cattle was sold February to June. We didn’t expect it to drop that fast. We’re anticipating some recovery. People are always going to eat beef.”

Producers are still happy despite lower prices, said Guy Shane, president of the Prescott County Beef Farmers. “There’s a little less profit but you have to figure from the bad years, this is good,” he said. “I’ll take all these good prices as long as I can.”

Shane said beef prices decrease every year at this time, and expects prices will increase again around March.

Ottawa Cattlemen’s Association president Steve Acres said an influx of beef from Western Canada might also be putting pressure on price as western farmers have been dealing with a drought, resulting in less feed available for cattle and are looking for places to sell their cattle.

“Everyone knew there would be a correction in the market at some time, but when it comes, it hurts, that’s for sure,” said Don Mader, president of the Oxford Beef Farmers, adding there’s still good money in the beef industry.