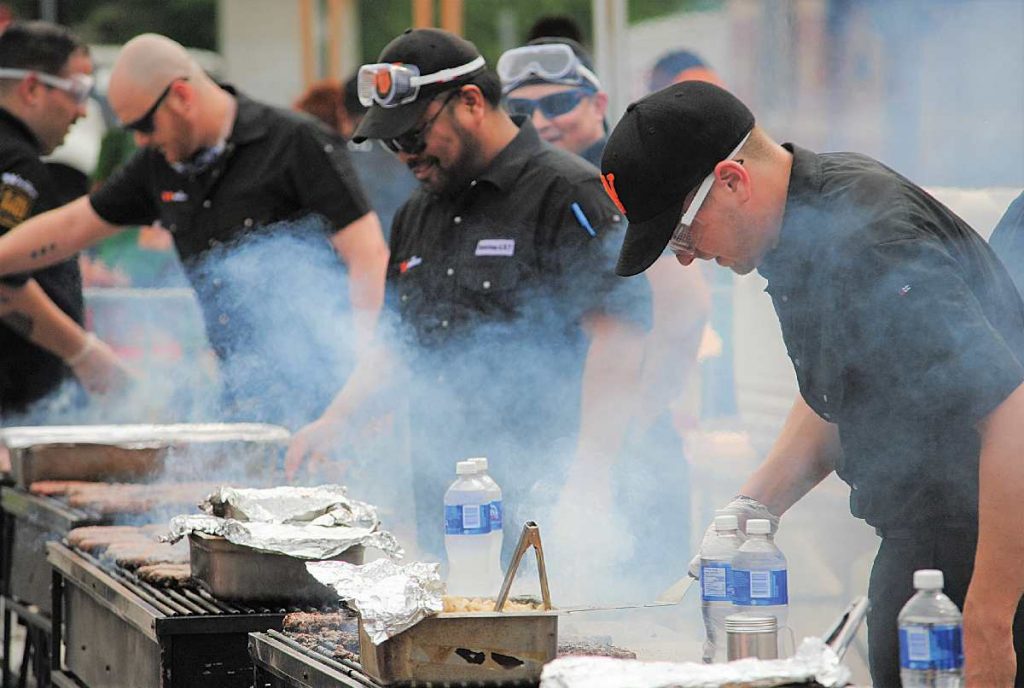 BBQ season was a God-send to beef farmers last summer.

PETERBOROUGH — The sizzle on the grill of a strip loin is music to the ears of Ontario’s beef farmers and it appears Canadians feel the same way. A new report from the Agri-Food Analytics Lab at Dalhousie University finds that 92% of us eat beef. Almost two thirds of Canadians make beef a regular part of their diet. Despite overwhelming support, the industry has been keeping close tabs on a number of factors that could affect their livelihood.

COVID has had an impact on the beef industry as a whole in Ontario, which sees 19,000 people employed directly, contributing $1 billion annually to the provincial economy. Breakdowns in the supply chains due to transportation issues or outbreaks in processing plants have cost farmers more to keep feeding cattle while waiting for them to move to feedlots. Those costs are passed on to the consumer. A report from the University of Calgary’s School of Public Policy found that Canadians were paying from 6 % to over 18% more for beef in 2020 compared to the previous year. At the same time with the reduced capacity in processing, the farmgate price of beef dropped more than 4%.

Craig McLaughlin is the Eastern Director of the Beef Farmer’s of Ontario, who farms in Forester Falls near Renfrew. He does not see demand for beef drying up. “A lot of people had to stay home during the pandemic and had more time to cook with the family.” The possible sticker shock for consumers is not as much of a worry to him as the unpredictable weather. One price that is out of the control of beef farmers is the price of corn and grain which is used in feedlots to finish the cattle. “It (price of corn) will have a reflection on feedlot prices”. That is a concern for Bob Burley, a beef farmer in Fowler’s Corners between Lindsay and Peterborough. “The value of beef seems to rise as soon as it leaves the farm”. The price of corn has risen dramatically this year according to Burley, citing the price of one tonne hovering between $300 and $360.

Another factor facing the beef industry is the new wave of plant based options to beef. According to the Agri-Food report, there are 600,000 Canadians that consider themselves vegan. During the pandemic, there was a dramatic increase in Canadians searching on line for vegan options or recipes according to a report by Retail Insider. The most recognizable version is Beyond Meat which uses beans, peas and beets to make its product. Matt Bowman farms 125 head of cattle in Temiskaming Shores. “I’m a bit concerned but I’m prepared to deal with it.” Burley is not concerned about the vegan options pushing people away from beef. “The taste is just not there.” McLaughlin concurs, “plant based proteins come with a lot of salt. I don’t think the consumer knows that.” According to him, you would need to eat two full plates of beans to equal the health benefits of 6 ounces of beef.

Demographics play a part as well. An Angus Reid survey finds the number one reason for young Canadians (18-34) to eat plant based protein is the impact of beef (17 %) on the environment. That is also reflective of the overall population (31 %) according to the report. Bowman says farming is adapting to those concerns, “The industry is working hard to improve on it’s environmental impact”, pointing to practices such as carbon capture in their fields. McLaughlin chuckles about a saying in the beef industry. “Lose them at 15 and gain them back at 30,” referring to young people trying to exert more of their influence and independence.

Beef farming in Ontario is staring at some real impacts beyond its control and a few that it can address. The reality is the beef industry is a key contributor to Ontario’s agriculture economy. Beef farmers are keeping an eye on any influences that may arise, but Bowman is optimistic. “Everybody still wants to barbecue.”