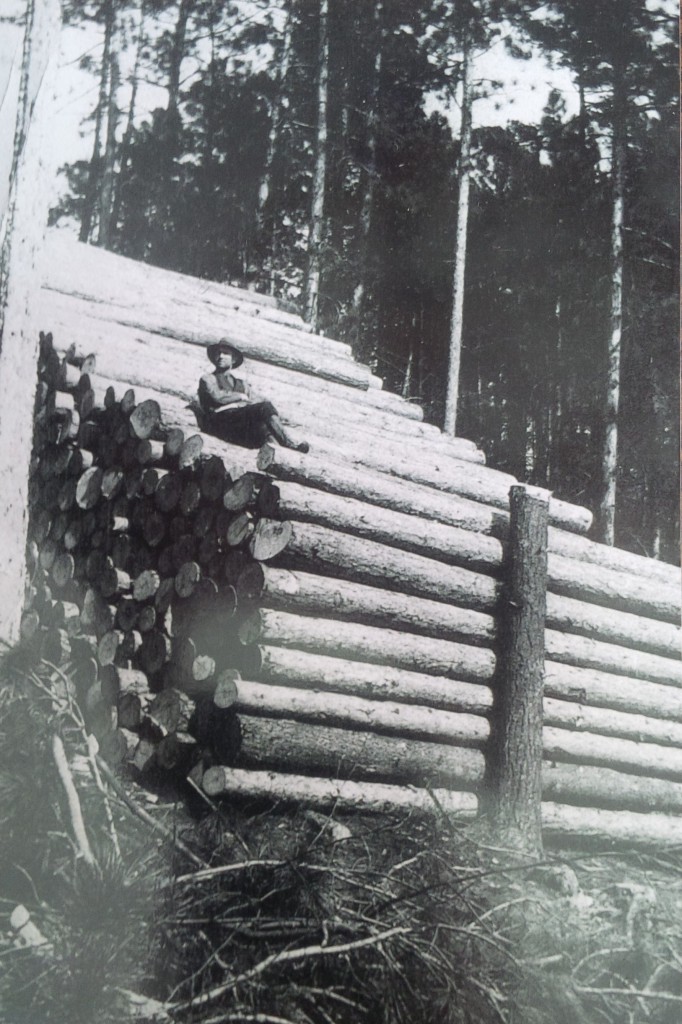 Best of times, worst of times
In 1930, logs were harvested and piled during the winter and released into the Madawaska River in the spring, west of Arnprior in Renfrew County. These were the early days of the Great Depression. By 1933, 30 per cent of the country’s labour force was out of work. Farmers who stayed on the farm were not considered unemployed. Canada’s economy was starting to shift away from farming, fishing and logging to manufacturing. (Photo provided by Kirk Young, of Arnprior, ON) 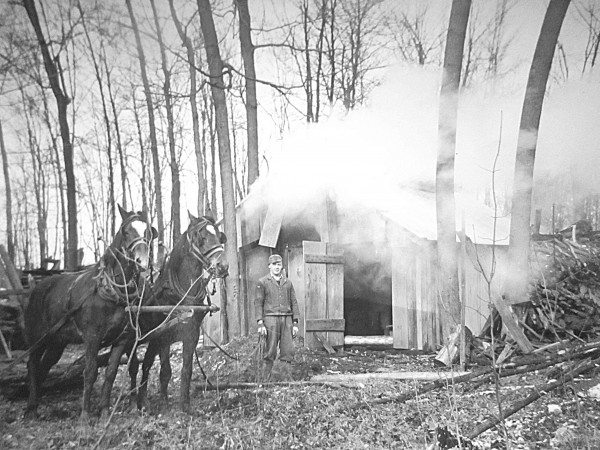 The sugar shack 1949:
Al Morgan gathers sap in the spring of 1949 on a farm west of Warwick Village, near Watford, in Lambton County.
Many people still used horses to haul sap to a shelter and boil it over a wood fire. These post-war days were filled with optimism. In this year, clothes rationing would end in Britain. Few people had black and white televisions, but radio was popular and songs of the day included All I want for Christmas is my two front teeth, Some Enchanted Evening and Diamonds are a Girl’s Best Friend. (Photo provided by Nancy Morgan of Watford, Ont.)