BREAKING NEWS
13:57
Home News BACK IN THE DAY: Moulinette burning

BACK IN THE DAY: Moulinette burning 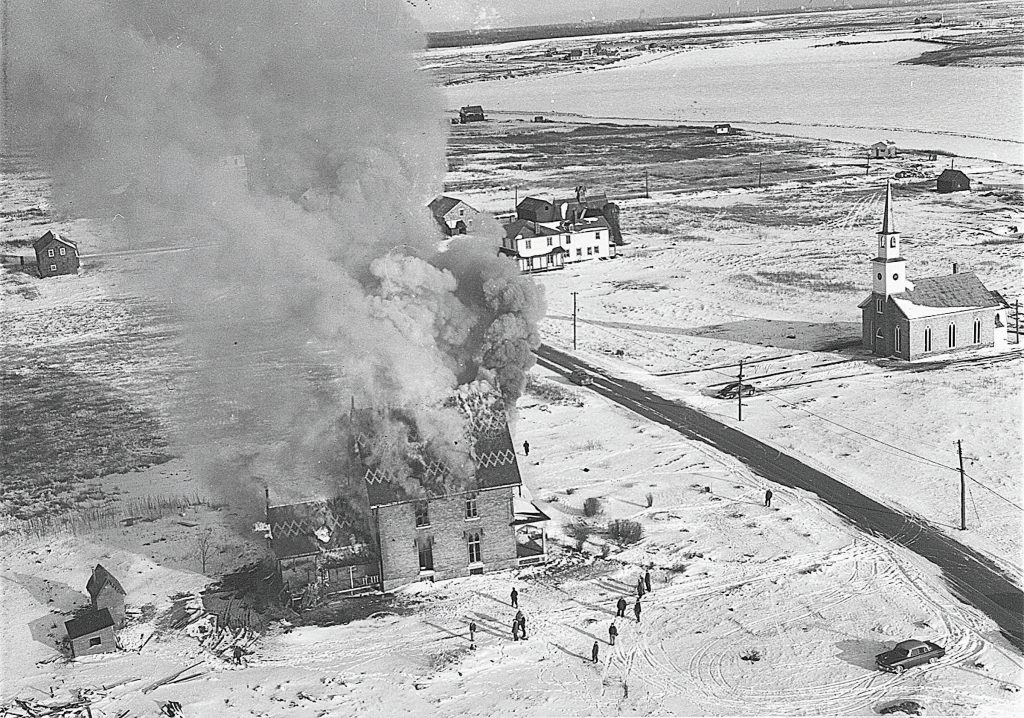 The path of progress often runs through heartbreak, and the St. Lawrence Seaway was no exception.

In order to allow large container ships to make their way through the St. Lawrence River and a system of locks and canals, to travel as far west as Duluth, Minnesota, the river needed to be wider and deeper.

The St. Lawrence was to be flooded and the 311 villagers that occupied Moulinette, which was west of Cornwall would be required to leave their homes as the village would be submerged in water. Moulinette houses that were not moved were set on fire in the winter of 1958.

Noted the Kingston Whig-Standard: “In order for the seaway to happen, houses had to burn, lives had to be uprooted and graves had to be left behind as the communities known today as the Lost Villages were submerged.”

(Photo submitted by the Stormont, Dundas and Glengarry Archives)