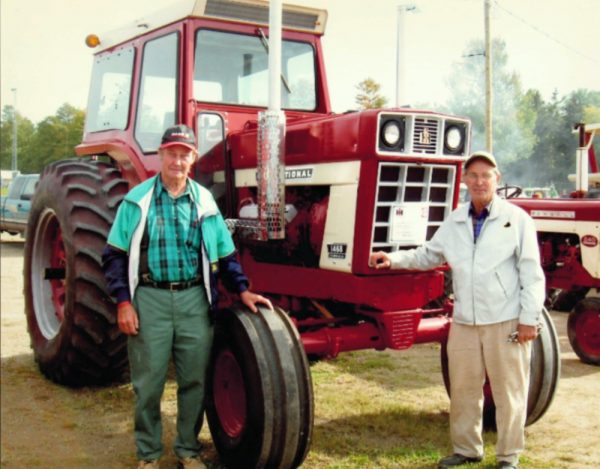 BLYTH — In life, bachelor farmers Cliff and Don Schultz diligently cultivated a Blyth-area cash-cropping and beef farm, as well as an impressive tractor and toy tractor collection. In death, their accumulated wealth — $2.17 million — has been split between four local hospitals, as willed by the late brothers who had no other family.

Charitable foundations for their local community hospitals — in Clinton, Goderich, Seaforth and Wingham — recently collected just over $500,000 each from the Schultzes’ estate.

Cliff was 75 when he died of pancreatic cancer in 2013. Don followed at age 83 in 2019, prompting the sale of the 200-acre farm. The estate value also included proceeds of the sale of 80 vintage tractors and 3,000 toys in the Schultz collection, which were auctioned after the death of the first brother.

Jack Vincent, one of two estate executors and a first cousin of the Schultzes, recalled helping Don get all of the tractors running prior to putting them on the block in 2015. Don planted his last crops in 2016 before going to a retirement home, Vincent said.

The Schultzes were International Harvester fans who started their collection of machines after selling off 400 acres to downsize what was a 600-acre farm in the early 1990s, he said. “They had a cow-calf operation and beef animals, and they tried sheep for a few years,” he said, adding his cousins also ran a sawmill and did custom hay harvesting.

“We were always back and forth,” he remembered. “It was a good place to go on a Sunday.”
A thankful Nicole Duquette-Jutzi, leader of the Wingham and District Hospital Foundation, said the sum represented the largest estate bequest received by her institution in 12 to 15 years.