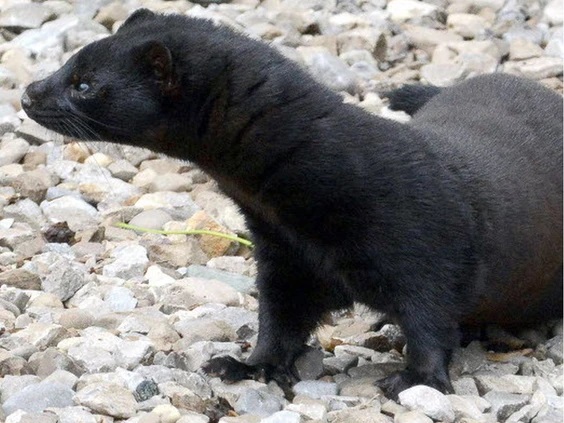 ‘There are probably as many cats in British Columbia with COVID as mink,’ breeder says

Claiming ongoing public-health risks from COVID-19 for workers at nine mink farms in the province, B.C.’s ag minister announced the ban Nov. 5 — to be implemented not by a publicly debated change of law but through the order of the medical officer of health.

Though B.C. calls it a “phase out,” the declaration includes an immediate prohibition on mink breeding. That means this fall’s pelt harvest is effectively the last. Walt Freeman, a former presi- dent of the Ontario Fur Breeders Association who retired from the industry last year, said he had no doubt B.C.’s direction “is animal rights driven, I’m sure.”

“Once those involved in animal rights activities found they could blame COVID on mink, or in some way link COVID concern to raising mink, they continually harass government offcials to get things done,” said Freeman, based in Battersea.

“I’m completely mystified by a provincial government in Canada — our great country founded on the fur trade — coming to the conclusion it would be wise to ban mink farming,” he observed.

“It’s 100 % about bowing down to animal rights,” said Moses, who runs a Nova Scotia mink farm and represents 70 producers.

B.C. imposed a moratorium on new mink farms in July after animals on three farms tested positive for the virus. Approximately a dozen people affiliated with B.C. mink farms have also tested positive during the pandemic, according to media accounts.

But Moses asserted: “There are probably as many cats in British Columbia with COVID as mink.”

His organization has procured 1.6 million doses of a COVID vaccine intended to double-dose this country’s captive mink population. Besides that, the virus “poses a very minimal risk” if transmitted to humans via mink, he argued, though it’s not even clear whether humans have caught the bug from the animals or vice versa. And if B.C. actually believed the animals represented a health risk, he added, that province wouldn’t be allowing those producers to move their animal stock to other jurisdictions.

In the meantime, his organization has been working with other Canadian farm commodity groups in response to the ban because of the broader implications of a government diktat depriving an entire agricultural industry of its living — and without compensation.