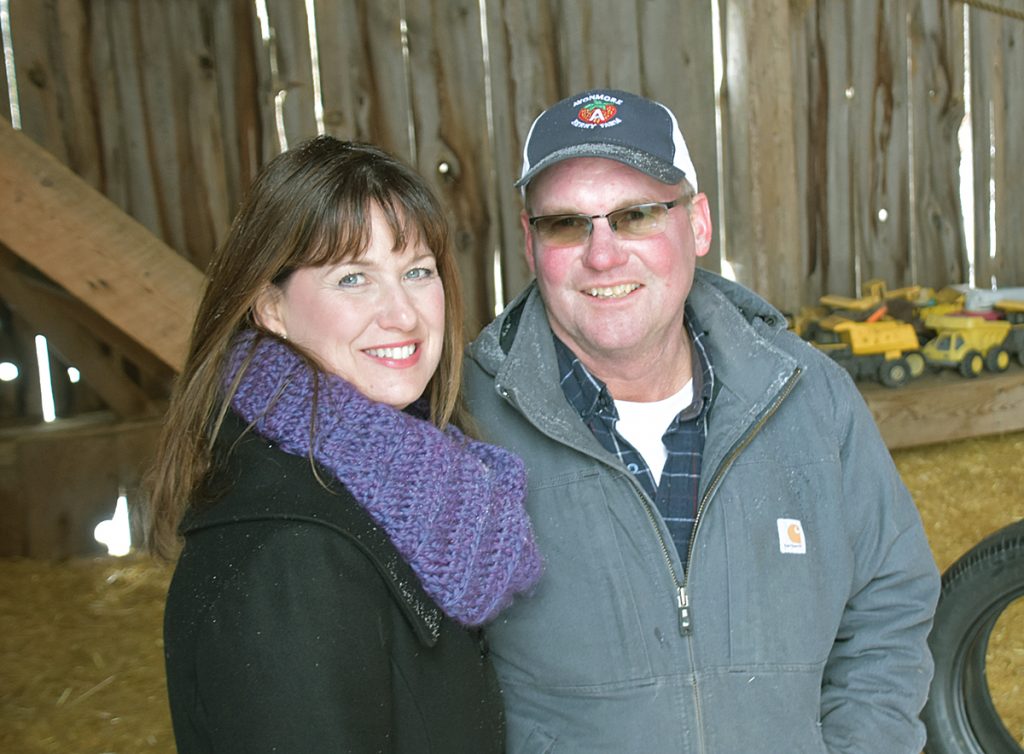 AVONMORE — A strong advocate for his industry and an agri-tourism trailblazer, Avonmore Berry Farm co-owner David Phillips died June 4 in a Toronto hospital. He was 56.

Phillips was admitted before Christmas and received a lung transplant as treatment for an hereditary illness. His obituary asks for donations to the Canadian Pulmonary Fibrosis Foundation. Pulmonary Fibrosis is a disease in which lung tissue becomes damaged and scarred. This thickens and stiffens the tissue making it more difficult to breathe.

He leaves behind his wife, Pamela — with whom he took over his parents’ farm in 1991 — and their three adult children — Alex, Andrew and Megan. (Andrew and Megan are employed in the family operation.) His loss comes just as the survivors are immersed in another busy strawberry season and the rest of the 2021 growing season. (Also producing raspberries and apples at the 200-acre spread outside Avonmore, the farm typically employs four to six foreign workers, a neighbour said.)

One farmer said the death of Phillips is shocking and expressed great sadness at the stressful situation the family is in now with all the fieldwork underway.

Phillips was an active member of the Ontario Berry Growers Association, and both he and his wife were celebrated for their local agricultural achievements. In 2019, the Stormont Soil and Crop Improvement Association awarded the couple its annual Famer of the Year award.

At the time Phillips highlighted their desire to be “good stewards of our ground,” noting that maintaining soil health isn’t just an act of charity but also boosts yields.

The mixed operation farm was also honoured in 2019 with the Roxborough Agricultural Society’s Meritorious Service Award, follow-up to their 2007 Roxborough award of merit.

Along the way, they built Avonmore Berry Farm into an Eastern Ontario agri-tourism hotspot, featuring free wagon rides, pick-your-own-strawberries, a playground and a hayloft. The farm is known for a great variety of fruit and vegetable crops marketed directly to consumers at roadside stands and farmers’ markets.

They helped organize a popular Strawberry Sundae social event in 2018, with proceeds from the sundaes supporting North Stormont Township’s 4-H, Junior Farmer and Lions Club. The Phillipses also hosted a five-year annual series of Farm to Table dinners to educate urbanites about agriculture.

David Phillips’s penchant for ag education was also evident in the many tours hosted at the farm. Schools, 4-H clubs and Junior Farmers have all been welcome.

“I think one of the things he should be remembered for is his generosity,” said family friend Jim Wert, an Avonmore-area dairy farmer and Mayor of North Stormont Township. “Both he and Pam, their entire family, they support just about anything. Anyone that asked him for a hand, he was always the first one there, never wanted any recognition. He just stepped up because it was the right thing to do.”

Living just one concession away from the Avonmore Berry Farm, Wert professed his “utmost respect” for the achievements and growth of the operation through the years — and the vision the deceased brought to the farm. “It’s an experience when you go there. It’s not just buying fruits and vegetables. You get to learn and appreciate the industry, and you’re always handled in such a way that you want to come back.”

Murray Barkley — local Avonmore historian and former long-time operator of the village’s main corner store — said that North Stormont “and the agricultural community of eastern Ontario have suffered a grievous loss with the passing of David Phillips.”

Recalled Barkley:   “I first met Dave when he and his father Duncan stored all of their first strawberry plants in our walk-in cooler at Barkley’s Store about 40 years ago.  In the intervening decades Dave and Pam and their family have built up, through hard work, imaginative creativity, and entrepreneurial skill the wonderfully successful Avonmore Berry Farm, branching out from strawberries and raspberries into a wide variety of apples, vegetables, and irresistible baked goods.

“Dave was endlessly busy and industrious with his farming and building skills, but always cheerful, kind, and helpful, with a loving family and endless friendships.  His loss, in the middle of life  —  a life truly well lived —  is a sad blow to his family, to Avonmore, and to the rural community of North Stormont, of which he was a leading citizen.  We will all deeply miss him, his down-to-earth common sense, his wonderful humour, and his winning personality.”