BREAKING NEWS
15:54
Home News Are you sure your barn is insured?

Are you sure your barn is insured? 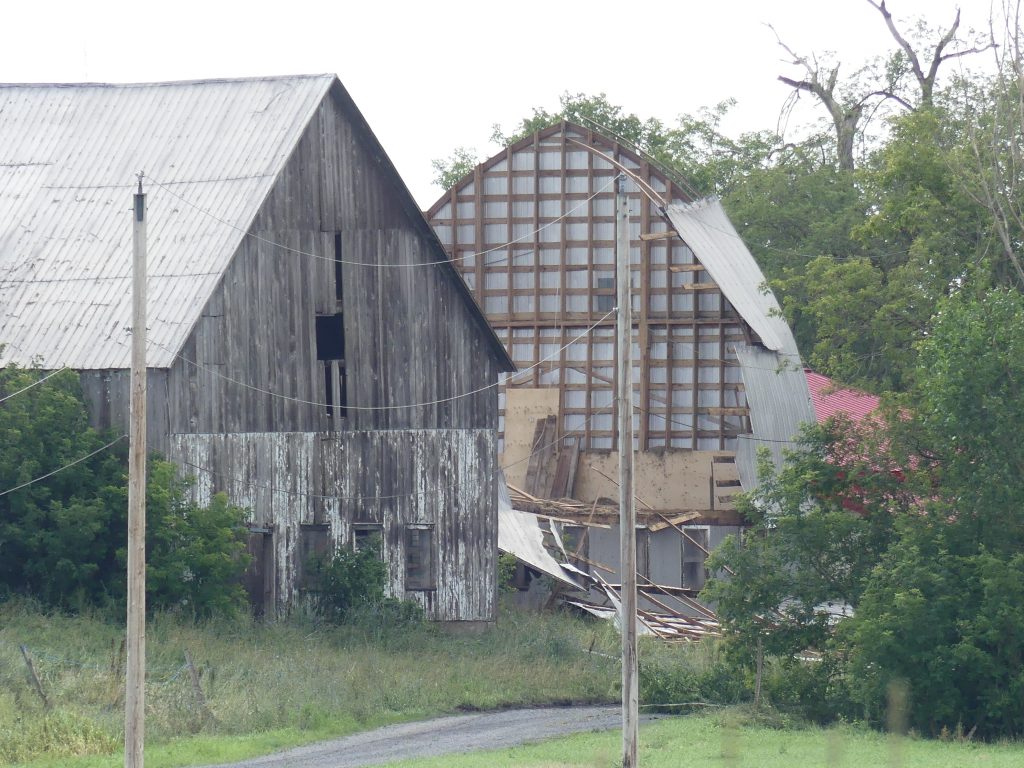 Josef Bloderer thought that his insurance would cover his loss when a storm blew off the roof of his dairy barn. He was wrong. (Nelson Zandbergen photo)

NORTH DUNDAS — Farmers beware when insuring your barn. Be sure the barn is structurally sound or you might not collect on a claim.

The roof on his early 1960s barn collapsed after a violent hail storm walloped his farm on Kerr’s Ridge Road in North Dundas, east of Kemptville on July 20. Winds and hail also shredded area corn plants and stripped leaves off soybean fields. Bloderer called his insurance company and an inspector came out right away. What followed was an engineer’s report that noted previous water damage and Bloderer was not compensated.

The roof was leaking, compromising the structure, he said he was told. “They called it deteriora- tion” in the engineer’s report. They said there was “water damage here and water damage there.”

Bloderer also said he was told that the barn should have withstood heavy winds and 18 kilo- metres away wind speeds only measured 74 kilometres per hour.
The farmer said the barn withstood the ice storm in 1998 and he insured it in 2015 after repairing the aluminum roof that covers a 38 ft. by 64 ft. section of the tiestall barn.

Bloderer has this advice for farmers: “Keep the building top notch or they don’t pay.”
There is some truth to that. The Insurance Board of Canada’s director of consumer and industry relations Anne Marie Thomas told Farmers Forum that insurance and maintenance are separate issues.

“A property insurance policy is not a maintenance policy,” she said. “It’s the owners responsibility to make sure that the prop- erty is well maintained so that (an insurance claim dispute) doesn’t happen.”

As an example she said if a house owner has old roof shingles that are curling and a storm blows them away, that’s a maintenance issue. She encouraged farmers to check their property regularly for wear and tear, especially after a storm.