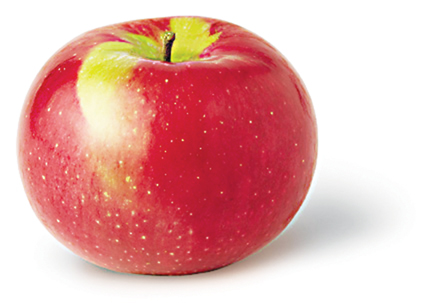 I don’t think there is anyone out there that likes applesauce as much as I do. I love the stuff and I consider myself a life-long connoisseur. Now I’m not referring to the store-bought variety that’s pale and sugary. I’m talking about good homemade applesauce that you can make in your kitchen.

The apple is one of the world’s oldest fruits. Apples have long been associated with the biblical story of Adam and Eve, although there is actually no mention that the fruit in question was an apple. The apple tree, which originally came from Eastern Europe and southwestern Asia, has spread to most temperate regions of the world. Over the centuries, many hybrids and cultivars have been developed, giving us the 7,000 varieties in the market today.

The McIntosh or McIntosh Red (nicknamed the “Mac”) is the most popular apple cultivar in eastern Canada and the northeastern United States. It also sells well in eastern Europe. The McIntosh originated right here in Eastern Ontario, at Dundela, south of Winchester in 1811.

About 80 million tons of apples were grown worldwide in 2013, and China produced almost half of this total. The United States is the second-leading producer, with more than 6 % of world production. Turkey is third, followed by Italy, India and Poland.

The crab apple is actually the wild apple and the source of all domestic apples grown today.

When I was a youngster, my mother would make applesauce from crab apples, usually in November. Neighbours found it rather amusing that we would go to all the work of gathering bushel baskets of the sour little apples to make applesauce. I’d climb into the rather huge trees and shake the branches and then we’d pick them off the ground.

I recall my mother cutting the apples in half and boiling them and then we’d use the applesauce extractor — a silver-coloured mill with a handle that turns and extracts the sauce from the peelings and the seeds. Crab applesauce would ooze out in a rich, red colour. It was tasty and especially good with fried potatoes.

It’s been many years since I had crab applesauce but I can still see and remember the fresh, tart taste of the red sauce.

I have a fair-sized crab apple tree on the farm and some years the branches are so full they hang to the ground. Every summer I look at the tree and remind myself I should make a little applesauce in the fall. The crab apple tree is loaded with apples and this fall I might just make some sauce.

Dutch folks will eat applesauce (appelmoes) anywhere and anytime. It’s a national staple and great care is taken to extract the flavours from various types of apples.

Every fall, after the harvest, I make applesauce from a bushel or two of Macs. The best applesauce is made from good, firm red apples. I make it the way my mother did. Cut the apples in quarters and cut away the core. Don’t waste time peeling the apples. After washing the quarters, place them into large pots and add just enough water to cover the bottom to a depth of 1 or 2 inches. Add a dusting of cinnamon on top of the apples and you can add a lemon peeling or two, (don’t add sugar) bring them to a boil, reduce the heat and cover them with a lid. Boil the apples gently until the apples are tender, stirring occasionally. Make sure the apples don’t burn. Watch them closely.

When they’re ready, dump them into a large, pail-size container. Set the applesauce extractor on a large bowl or a pot — something that fits. Take a large ladle and fill the extractor about three-quarters full and turn the handle round and round. The pure apple sauce comes out the bottom. Turn the handle the opposite way a few times to get all the apples squashed and empty the remainder (skins and seeds) into a waste pail. Then fill up again and again. The skin and the seeds will be the only waste. Freeze the applesauce and you’ll enjoy it year round.

Applesauce is perfect when you serve beef, pork, chicken and turkey. It’s wonderful with fried potatoes. Sometimes I’ll even eat it as a dessert — nice and cold. Mmm.