Apples: quality up, yields down 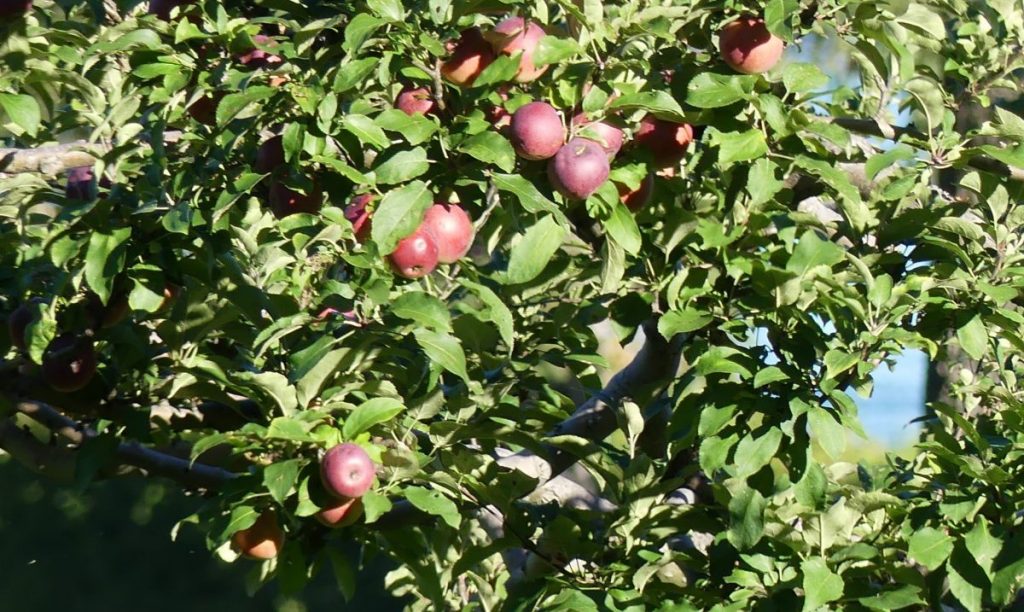 CORNWALL — The peak of apple picking in Ontario is in September, when the popular Honeycrisp apples are ready for harvest.

However, Diane Lunan, co-owner of Cornwall’s Marlin Orchards, says they began apple picking in mid-July, 11 days earlier than last year. They grow over 35 varieties of apples on 25 acres.

“We had a nice amount of rainfall, which was beneficial to the sizing of the fruit. Everything progressed decently well. Overall we’ve got great size and great flavour,” Lunan said.

However, her yields are down by quite a bit. And this isn’t an isolated case. The Ontario Apple Growers reported an expected reduction in yield of about 15 per cent across the province.

“Frost damage in late May affected the outcome of fruit development on several sections of our older orchards,” Lunan said. A bad hailstorm in mid-July especially damaged her young high-density orchard, resulting in a yield loss of 65 per cent.

Lunan says they have about the same number of customers as last year and sales have been “pretty good.”

Bob Dunnett, of Dunnett Orchards in Brighton, grows about a dozen varieties and also saw a yield decline.

“The Ambrosia are good, the Gala are good. The McIntosh and Empire are one of the smallest crops I’ve had in a long time,” Dunnett said. “Those two varieties are down more than 60 per cent. The Honeycrisps were down by 70 per cent from last year.”

He says the fruit buds were likely under stress during a very dry and hot July two years ago, and were then further damaged by this spring’s frost.

Nevertheless, Dunnett says the quality of the apples is excellent and public picking is very busy.

Stella Hiemstra, owner of Loughborough Heritage Orchard in Inverary, said some of her varieties were a full two weeks early. Luckily, the weather doesn’t seem to have hurt her trees.

“This year we’ve had the biggest yield ever. We got five times the apples we’ve ever had. I’m looking at these trees and thinking, ‘How am I going to get them all down?’. They’re excellent size and they taste fantastic,” Hiemstra said.

Hiemstra says she can’t complain about the amount of visitors they get. Since they didn’t have a pick-your-own option last year, visitors are piling in this season.