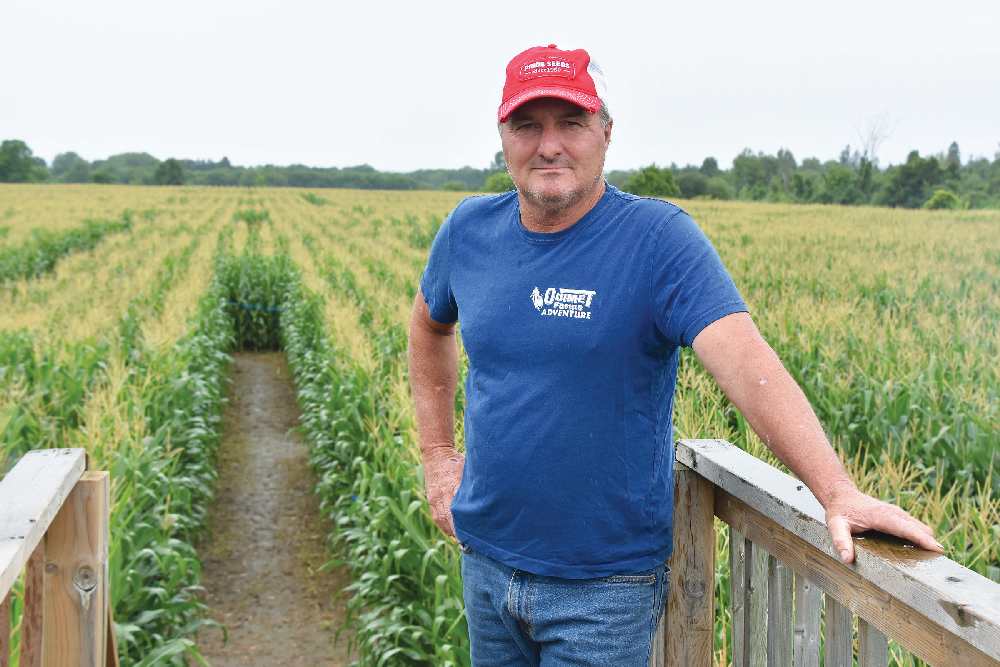 André Ouimet on the bridge overlooking his corn maze. The corn maze, below, seen from the sky.

Ouimet Farms Adventure in Vankleek Hill has just turned its seven-acre corn field into a giant labyrinth in the shape of the Magic Kingdom castle to celebrate Disney World’s 50th anniversary.

“I’ve always been a big fan of Disney,” said André Ouimet, owner of the farm.

It’s Ouimet’s ninth season making corn mazes. In 2012, after visiting a corn maze on a trip in Pennsylvania, he felt inspired to create his own. The next season, he managed to create a small two-acre corn maze with a random pattern of trails and it was a hit. Things only got more elaborate from there.

In 2014, Ouimet began cutting actual designs into his corn fields. The first was the image of a barn, with a silo and a cloud. Last year, the maze read “thank you farmers” with a large maple leaf around it.

“It’s a niche market,” says Ouimet. “So far we’ve had more visitors per day than last year because we’re open to a lot more people. We follow health unit guidelines and we can get a good crowd with people being distant from one another.”

Originally, Ouimet Farms Adventure was a dairy operation. Ouimet’s great grandfather bought the farm in 1919 and it has since been passed down three generations. Ouimet has now been running it for 31 years, since he bought it from his father in 1990. Aside from the maze, it’s mostly a cash crop operation of 100 acres, rotating between corn, soybeans, and other crops.

Ouimet plans each year’s maze well in advance. He comes up with the layout a year ahead of time and gives it to his graphic designer, who lays out the trail plans on a big grid. Cutting the trails begins when the corn is just six inches tall. In July, corn can grow four to five inches in a day, so the trails have to be mowed and weeded weekly. 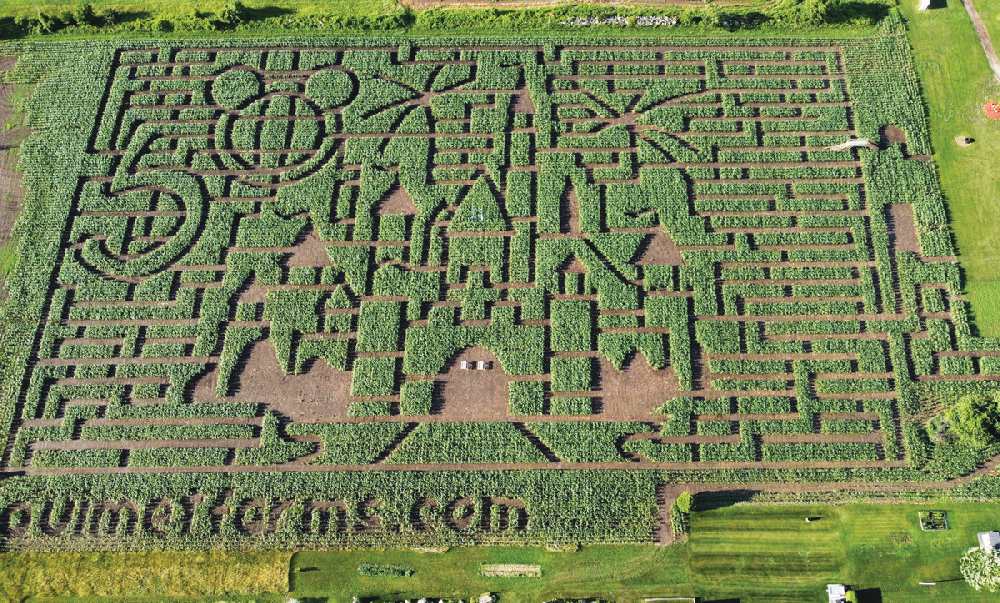 “It’s approximately five kilometres of trails that I cut. It takes me about 20 to 30 hours to do the carving part itself, then we tape the trails with 10 kilometres of tape so people follow them and don’t cut through,” Ouimet said.

People spend about an hour in the maze and up to half a day on the farm, says Ouimet. Visitors try to complete a scavenger hunt inside the maze by locating all 12 mailboxes and putting together pieces of the map found inside. There are other activities on the farm too, including a rock-climbing wall, gemstone mining, duck racing, jumping pillows, a bale pyramid with slides, a pumpkin patch in the fall, picnic grounds, an ice cream canteen, and a pedal car race track.

Ouimet says the most rewarding part is talking to people and explaining what he does as a farmer. He says he also loves how unique his work is and likes watching people enjoy themselves on his farm.

“I’ll try to do this until I’m ready to retire,” he said.

André Ouimet on the bridge overlooking his corn maze. The corn maze, below, seen from the sky.