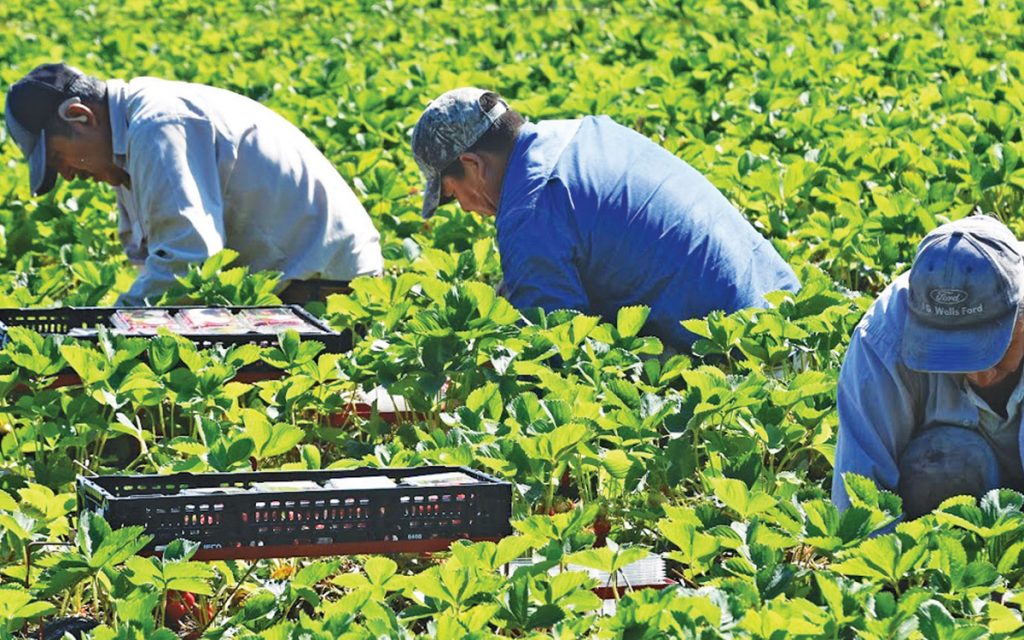 A human rights tribunal found police guilty of racial discrimination for targeting black men who did not come close to matching the victim’s description and for requesting DNA samples from workers who provided alibis.

ELGIN COUNTY — It was an October evening, after 9 p.m. and this was her evening routine. She stepped onto the front porch and looked out at the road that was used frequently by migrant workers walking to and from local farms. She lived alone in rural Elgin County and sat down in the peaceful darkness that shrouded farm country and lit a cigarette. She had no idea of the sudden horror that approached under the sentinel light. Suddenly, there was a gloved hand around her mouth. A tall man in a grey hoodie — his face guarded by darkness — pulled out a knife.

She fought back but was knocked backwards and hit her head on the brick wall of the house. The man wearing gloves dragged her into the house where she stood facing him. He tried to turn her around and got her onto the living room floor, face down, and choked her with a piece of cloth.

That’s when she stopped resisting. He then blindfolded her and tied her wrists and told her that he was going to kill her. Instead, he raped her. Then he tied her ankles and wiped down her body with a cloth and threatened her with death if she called police. The terror lasted about 45 minutes and then the man was gone.

The next day, the woman called police and described the assailant as a muscular black man in his twenties, about 5 ft. 10 in. to 6 ft.  with a Jamaican accent and no facial hair. She said he was a migrant worker from one of the local farms.

She recalled telling the man to his face: “You’re one of those guys I see up and down the road.”

The facts here are not disputed and are taken from the Human Rights Tribunal of Ontario 64-page decision published on August 15. To protect the victim, she is described only as a woman. What was in dispute was the police investigation.

It was mid-October 2013 and police figured that the rapist was among the migrant workers and would soon be going home to his country. They needed to act quickly. They decided on conducting a canvass DNA test. There were five farms in the area that hired black and brown migrant workers and there were about 100 of them, all hired from the Seasonal Agricultural Worker Program and many of them from Jamaica.

Police went to each farm and read a consent form to each migrant worker that gave the worker the option of not providing a biological sample and of talking to a lawyer. Each migrant interview was recorded.

Jamaican farmworker Leon Logan agreed to the DNA test but later filed a human rights complaint based on racial discrimination. The Human Rights Tribunal of Ontario last month ruled that the police were not guilty of race discrimination for canvassing black men because the victim said the man was black. But the tribunal found police guilty of racial discrimination for targeting black men that did not come close to matching the victim’s description and for requesting DNA samples from black migrant workers who provided alibis. Police got voluntary samples from migrant black workers who were too fat, too skinny, too tall, too short, too old or had too much hair.

Police defended their strategy of casting a wide net in the DNA canvass by arguing that victim descriptions are often inaccurate and time was of essence as the harvest would soon be over. The Ontario Human Rights Commission adjudicator Marla Burstyn didn’t buy it, saying that the police ignored many of the descriptions and targeted all black and brown men who worked on area farms. For instance, one man was 5 ft. 2 in., East Indian with a moustache. He refused to provide a sample. Police also requested samples from migrant workers who were as tall as 6 ft. 6 in., up to 328 lb., workers in their 50s and 60s and those with full beards. “This case could also be seen as racial profiling,” the adjudicator concluded.

Expert witness, Wilfrid Laurier University associate professor in the school of international policy and governance, Dr. Jenna Hennebry called the employment program racist, embedded in colonial history, using cheap racialized labour “with workers who are deemed needed for the economy but unworthy of settlement.” She also said workers often lived in inadequate living conditions and live in a “climate of fear of losing their livelihoods.”

The tribunal ordered the OPP to pay Logan $7,500 for injury to his dignity, feelings and self-respect.

Burstyn noted that Logan “felt humiliated, defeated and saddened by his experience. He expressed worry that the OPP may carry out a similar, race-based DNA sweep on migrant farmworkers in the future. He also remains worried about what the OPP or others may make of his personal information and/or his DNA profile.”

Burstyn also encouraged the OPP to resolve the 52 remaining charges of discrimination made by migrant farm workers to avoid another hearing.

As for the OPP, they insist the wide-net DNA strategy worked to find the rapist. He was one of four migrant workers who refused to submit to a DNA test. Henry Cooper was interviewed and immediately became a suspect. Police followed Cooper and secretly picked up a pop can, pizza slice tray and napkin that Cooper had used. The items were sent to a lab which confirmed that Cooper’s DNA matched the DNA found at the crime scene. He was arrested two months after the assault, pled guilty to sexual assault with a weapon and was sentenced to seven years in prison.