Customers drive up to three hours, pay $5 a bird

SOUTH MOUNTAIN — In an era when abattoirs have become almost as scarce as hen’s teeth, Berube Poultry continues to thrive in the specialty niche of handling chickens, turkeys, ducks, geese and other farm fowl on their final journey to the dinner table.

Marking its 50th anniversary in July, the family business took flight after a 1972 school project by then-Kemptville College student Richard Berube. He raised 500 chickens and was left with the question of what to do with the birds once fully grown for the animal science class taught by Arnold Morfitt. That led him to look at efficiently turning the flock into food.

“He had no inkling what to do, but he figured it all out, and his teacher helped him to get some processing equipment,” his daughter and current owner of the business, Angela Wylie, says. 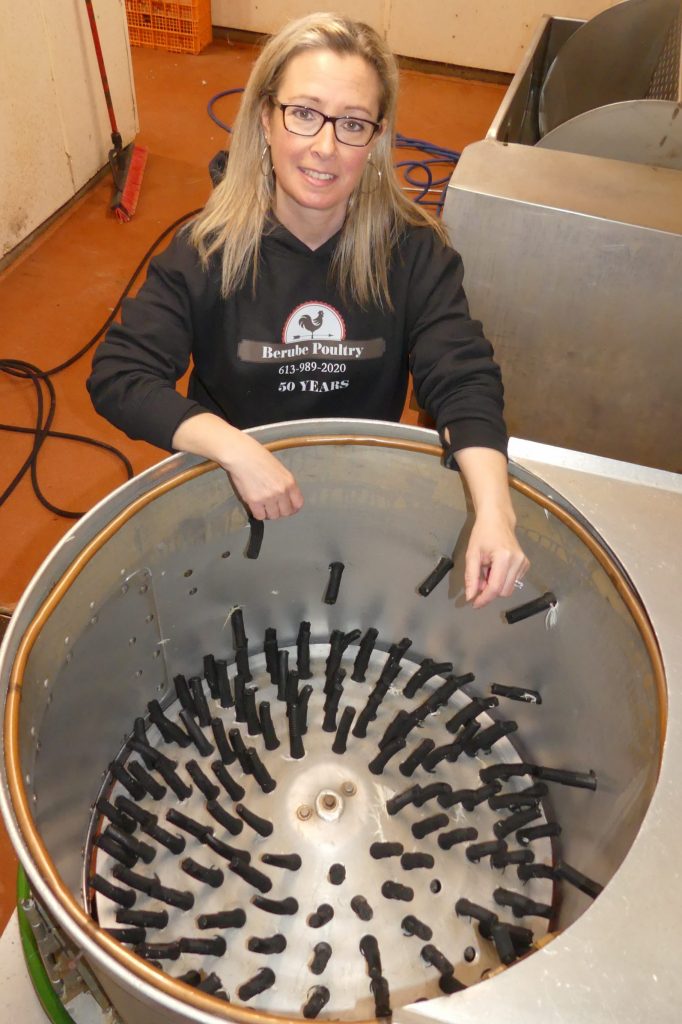 He acquired a plucking machine and scalder, and soon, Berube and his wife, Anne, were also dispatching other people’s birds at their small residential address within the village of South Mountain, southeast of Kemptville. It was an important sideline, as Berube also took a position at Agriculture Canada.  In 1977, the couple acquired a nearby rural property, built a home and established a processing plant within a former garage building that remains Wylie’s base of operations today.

Then, as now, the business is kept busy simply on word of mouth, says Wylie, who grew up working there in the summer, along with three siblings.

The place expanded in 1991 when Ontario imposed a provincial inspection regime on all non-federally inspected abattoirs. A provincial inspector is on the premises every day during the late-May-through-December operating season. Four people are employed on the line, beyond the owner herself. 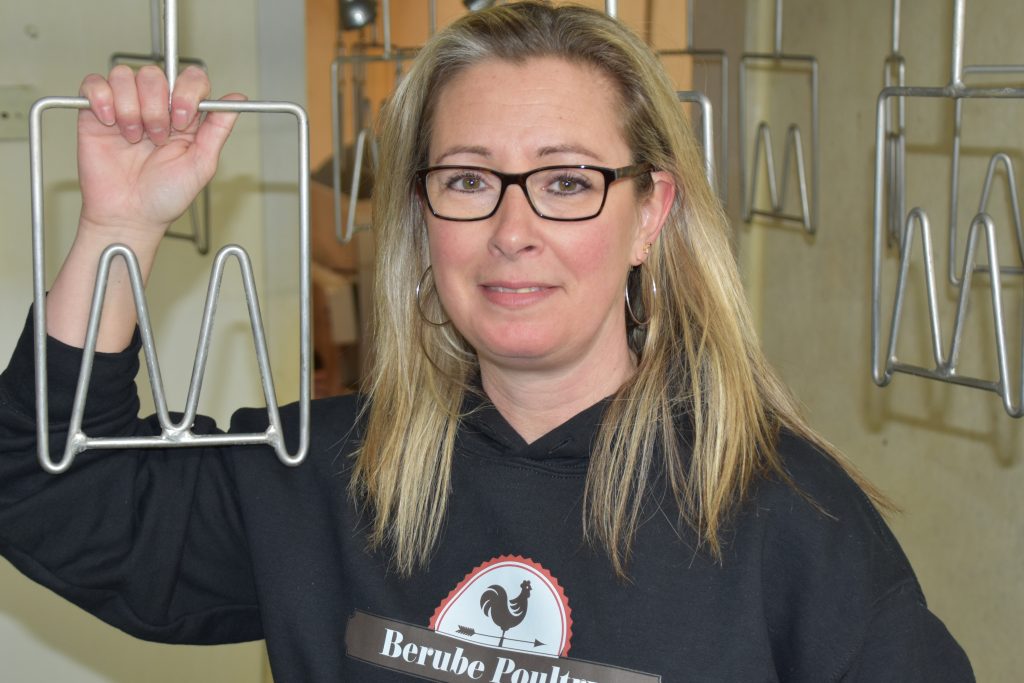 The business handles up to 800 birds a day, specializing in individual orders as little as one or two animals — although 20 or 30 is more typical. Backyard operators are allowed as many as 300 birds without quota, however, and Wylie says the pandemic prompted an upswing in people home-raising poultry and seeking her services.

A number of smaller quota-holding poultry farmers, such as those granted 3,000 birds in the Chicken Farmers of Ontario’s artisanal program, have also come to rely on the operation.

At a charge of $5 per bird, customers avoid the mess and inconvenience of home-slaughter. The final product is professionally dressed.

“We’re here for the little people,” she says, noting that if it weren’t for Berube Poultry, small-time and backyard producers “would have nowhere else to go.” Some drive as long as three hours to deliver their birds.

She clarified that some smaller chicken producers could potentially turn to Laplante Poultry Farms’ abattoir in Monkland if her business didn’t exist, although a company official at that much larger operation explained that they charge a higher fee to slaughter quantities of less than 50 birds, and they slaughter chickens only. That would still leave out people with domestic turkeys, ducks and geese — part of the unique niche offered at Berube Poultry. And while there may be travelling on-farm slaughter competitors, the resulting product isn’t inspected in that case.

Owner since 2015, Wylie says she’s proud to carry on the business legacy of her parents and sends a “huge thank you” to all her employees and customers who have supported the Berube family through the years. “I have some customers coming here since I was a little girl.”

She’s planning a May 28 event in South Mountain celebrating the upcoming 50th anniversary of the business and her parents’ marriage (both occurring in July).