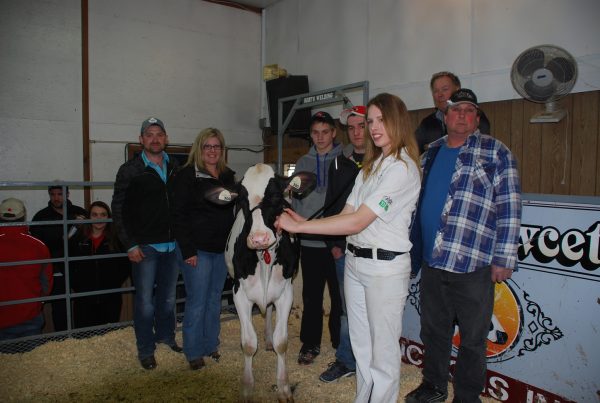 The second-highest seller was Stoneden Camden Ramble, consigned by Melville McLean of Gananoque and bought by Matt Calver in Alberta for $7,000.

A portion of the money raised will go to nine Eastern Ontario Holstein Clubs.