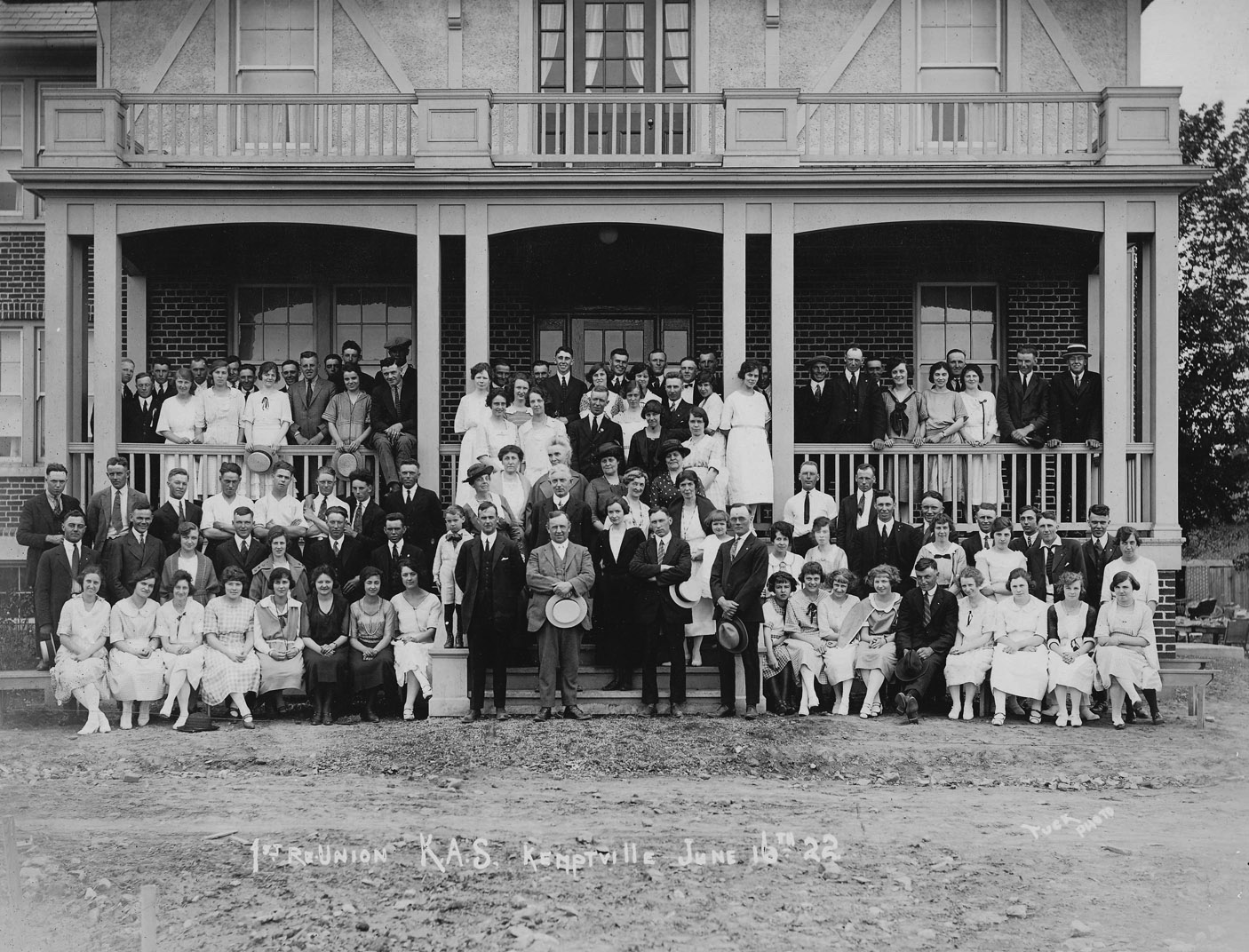 The first reunion at Kemptville College was back in 1922.

KEMPTVILLE — There could be bums in the seats and boots in the barn at Kemptville College by September 2016, if the Municipality of North Grenville gets its wish.

“It’s not something that’s going to happen in a month or two,” cautions Brian Carré, the municipality’s chief administrative officer, emphasizing it’s a goal, along with celebrating the college’s centennial in June 2017.

The municipality will meet with provincial staff weekly to negotiate the purchase of the college property and buildings, with a long-term plan to set up a not-for-profit as manager and multiple tenants to deliver programs. The providers are still unknown, but a provincial-municipal working group will identify possibilities, including a focus on agriculture.

But the college alumni also have a proposal.

“We don’t want the lights turned off and the doors closed. It would be too hard to revive it,” says Ron Burgess, president of the Kemptville College Alumni Association.

Mum on the details, Burgess says they’ve looked at partnering with North Grenville or setting up a stand-alone college.

But there’s no doubt that in the long term the college would have to stand on its own, without provincial funding, says Burgess. Farmers and businesses would have to open their wallets.

“Without that support, it’s dead in the water,” he says.

A lot is still uncertain, but Burgess says there is renewed hope.

“We were all pretty down in the dumps but I really think that’s changing. It’s looking more optimistic than it did four months ago.”