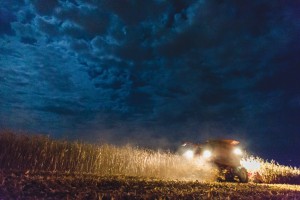 Two years ago we learned from a United Nations (UN) report that the earth’s surface temperature changes have been insignificant for the last 15 years and that sea ice is increasing, not decreasing. Before that we learned that the UN model to predict global temperatures was based on huge errors and in February of this year we learned that there were more errors with the UN’s ability to understand global surface temperature. It’s problematic because the UN is considered the world’s expert on the subject.

But still we hear that the world’s great concern is about climate change and global warming. Ontario recently changed one ministry to the Ministry of the Environment and Climate Change. What’s going on? Farmers Forum editor Patrick Meagher recently spoke with Dr. Tim Ball of Vancouver, a retired PhD in climatology, who has studied the global warming alarmism for years and is the author of the recent book, The Deliberate Corruption of Climate Science.

Climate change seems to have simply replaced global warming as the new environmental concern but its supporters still believe in global warming. Am I wrong?

So, is climate change, as it is sold to us now, a hoax? 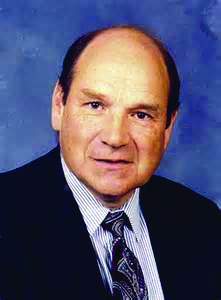 How are people getting away with this if it’s a hoax?

Because people don’t know. People don’t understand. The IPCC (the United Nations’ Intergovernmental Panel on Climate Change) was set up as the official agency for climate change and it was only set up to look at the human causes of climate change, which means they don’t look at natural changes in the sun, the oceans, heat from volcanoes or from within the Earth. Nothing.

The Telegraph, of London, England, ran the story on the latest IPCC errors in February (see sidebar on this page). It was picked up by very few news media companies in Canada and the United States? Why?

How is it that the Ontario Ministry of Agriculture and Food has increased heat units to reflect a warmer temperature?

Two things. They’ve changed the way they measure it. It’s like the price index. They change the variables to get the results they want. Also, there is no argument that the world is warmer than it was 30 or 40 years ago. But it isn’t warmer than it was 1,000 years ago. Ten thousand years ago the world was warmer than it is today. What’s happened is that the recent larger trend of warming began at about 1650, which is the low temperature of what is called the Little Ice Age.

The world has warmed since 1650. It warms for a while, then it cools. That warming correlates with solar activity, not CO2.

How long will it take for people to realize that climate change, as you say, is a hoax?

So, why do governments care about climate change?

The reason climate change continues to be a concern is that the weather offices and the bureaucrats at the UN and in each country are still pushing the politicians. The politicians are afraid to say anything because they immediately get the eco-bullying finger pointed at them and they are told, ‘you don’t care about the planet. You don’t care about the future.’ Bureaucrats are in a dilemma because once they have convinced a politician to the point where he makes climate change a part of his public platform, bureaucrats are unlikely to jeopardize their positions by telling the politician that they were wrong, especially since the bureaucrats have said they are the experts.

Is the planet warming now?

Global temperature has been slightly declining since 1998. Up until 1998, the global temperature was going up but not because CO2 was increasing. Every single record we have from anywhere in the world from any time period, CO2 increases after the temperature increases but not before. The fundamental assumption they made was wrong. But instead of saying our science is wrong they moved the goal posts and started to talk about climate change instead of global warming.

We are actually in a cooling trend?

All of the best climate scientists that I know, and that includes in Russia and China, say the world is going to get cooler and it is going to last until 2040.