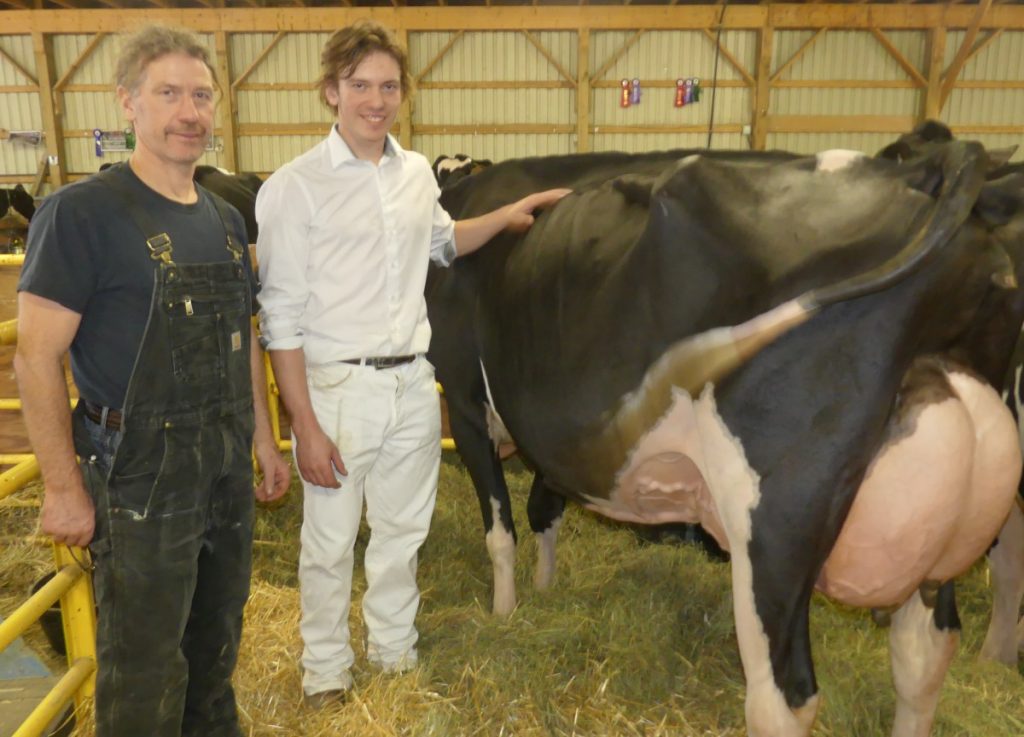 METCALFE — The first cow ever purchased by Samuel Guay, 19, of Ferme Lolisee in Brownburg-Chatham, Que., turned out to be grand champion at the 2022 Eastern Ontario/Western Quebec Holstein Show last month.

“I knew she was the one,” confirms Guay, who emptied his bank account to buy the animal for $11,000 a couple of years ago. And then some. The teenager delayed the transaction for a month because he was short $1,000 at the time.

“I’ve always been a cow guy,” he says. “I’ve always liked the cows, cows, cows.” The purchase adds another family bloodline to an already strong herd at Lolisee. “We’re number one in Quebec and maybe third in Canada for the number of ‘excellents’ in a herd,” he proudly notes. “And we’re known for our cows’ longevity.”

The farm posted six grand champions in Metcalfe up to 2009, then took several years off while Guay’s father, Michel, focused on upgrading the barns at the family farm. Fantom is their seventh grand champion at the Eastern Ontario/Western Quebec Show.

The elder man says his son’s champion cow is “very fancy — a nice combination of fancy and functional.” The animal is “the perfect kind of cow” for the dairy industry, he adds. “Not big, big, big. An easy cow. She calves every year. No mastitis. She walks perfectly.” 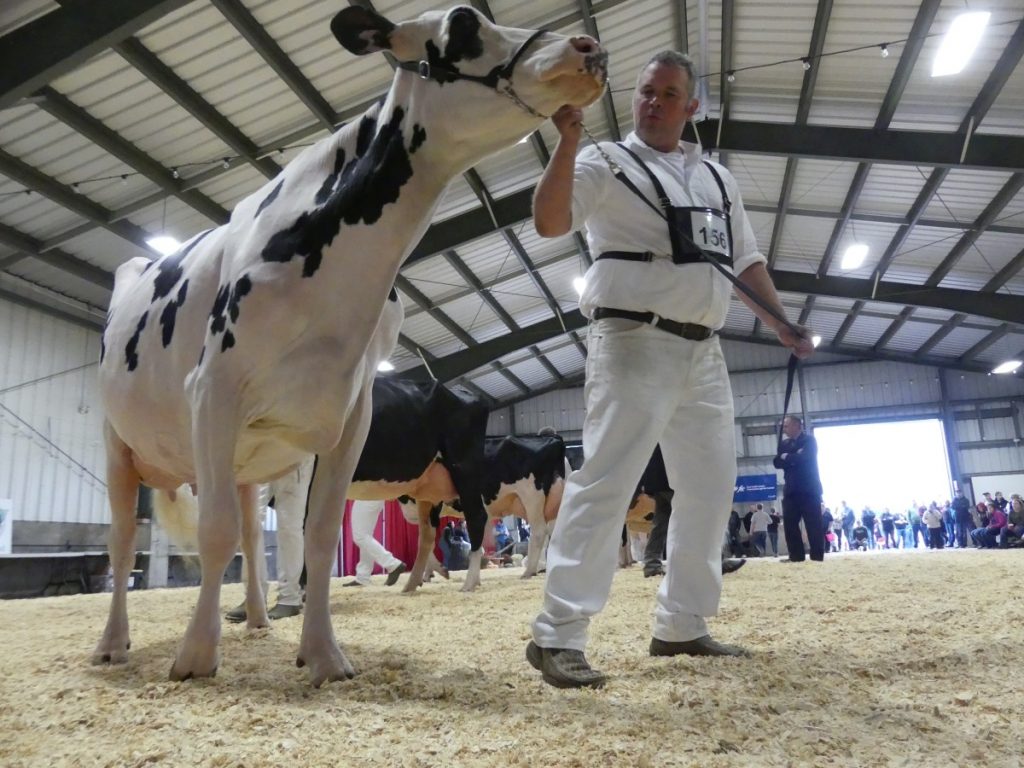 Matt Enright, of Winchester, with intermediate champion at the Eastern Ontario-Western Quebec Holstein Show in Metcalfe. The overall grand champion is owned by a 19-year-old Quebec teenager who bought cow a few years ago. (Nelson Zandbergen photo)