1,000 LB. OF HURT: Dairy farmer fully recovered two years after being hit by round bale 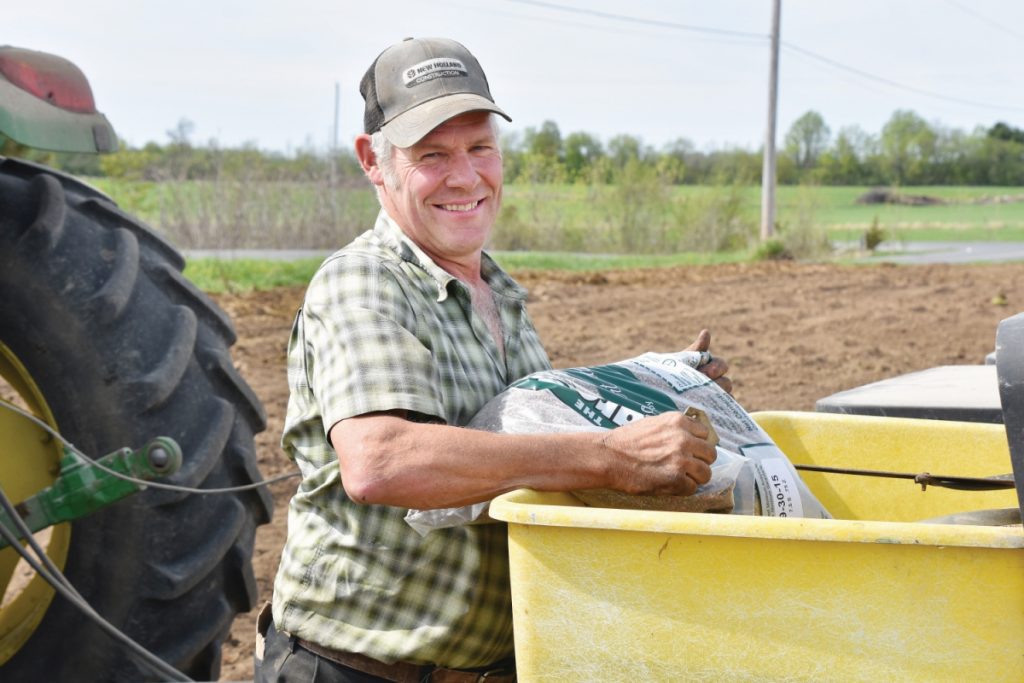 After recovering from a farm accident that could have been fatal, Gary Gordon has a deeper appreciation for each and every day. (Nelson Zandbergen photo)

FRONTENAC — Planting season means even more to Gary Gordon these days as he counts another anniversary spring since the farm accident that could have easily crippled or killed him.

Two years ago, a 1000-lb round hay bale fell on the Inverary dairy farmer, north of Kingston.

He reflects on the date, May 7, 2020, while grateful to work the fields, fully recovered and in good health, two years later.

It was around 10 o’clock in the morning, and his 24-year-old son, Ben, was using a front-end loader to take bales out of the hay storage shed. “We were going to take the bales to the other end of the barn to feed the heifers,” Gordon, 57, recalled.

Ben was backing the front end loader out of the shed, while his father was standing inside. At that moment, Ben looked up and saw two bales tip from the top of the pile.

Gordon didn’t see it coming. He didn’t hear his son yell, “Run!” Both bales dropped 20 to 25 feet and Gordon is not sure which bale struck him. But it hit him hard on the left shoulder and body, smashing him face down onto the gravel floor. The bale bounced off, leaving him out cold for 10 minutes.

“My son thought I was dead. It still bothers him to this day,” he said.

Gordon’s memory only fully resumed hours later in hospital, where he was told he had three broken ribs and a collapsed lung. His left shoulder was extremely sore. He was also told he was very lucky. In addition to not being injured more badly, his timely examination allowed doctors to make an incidental discovery: a pre-existing aneurysm in his gut. It turned out to be a non-worrisome calcified version that only needs to be monitored. But had it been the wrong kind of aneuryism, the trauma could have caused it to burst “and I would have bled out,” he said.

He was back home by that evening, although racked with pain. “I was so sore, I couldn’t even get out of the hospital bed to go home,” he said. The pain in his left side and shoulder was excruciating, and for a time he could only sleep in an easy chair. However, he weaned himself off painkillers three weeks after the accident. By the following month, he was gingerly working on the first cut of hay. “I started running the haybine during the first week of June,” he said.

Full recovery took “a good year,” he added, though his shoulder was closer to 18 months to feel back to normal.

He knows the outcome could have been fatal if he had moved. “Back just a bit and it would have broken my neck or back,” he said.
The paramedics who responded often travel past his farm because it’s close to the local fire department. He said they were amazed and waved from the ambulance when they first saw him walking around outside during his recovery in the months after the accident.

What happened “makes you appreciate every day,” said Gordon, who looks forward to working on the farm for as long as he can, to a ripe old age — and with a renewed sense of farm safety. “I look at everything differently now … You take more precautions.”
Farming, he said, is simply in his blood. “Every day you want to get up and go.”