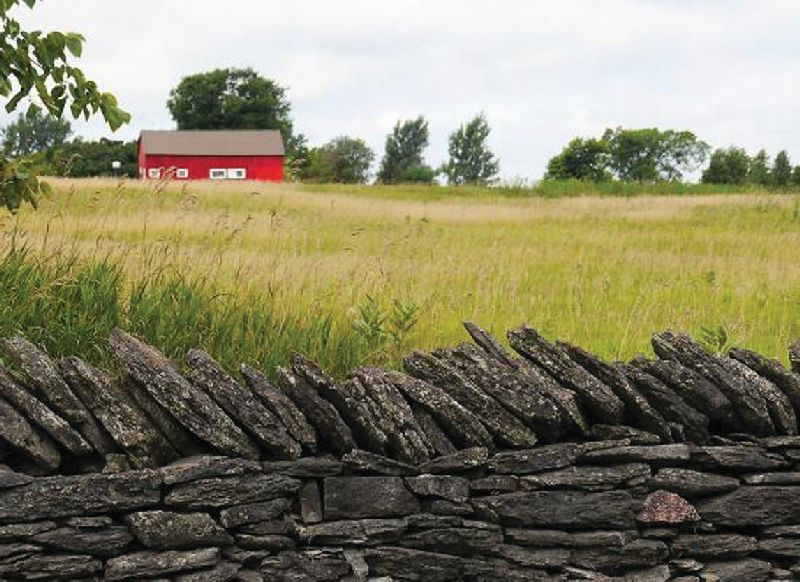 AMHERST ISLAND — Mark Ritchie had the worst year of his life last year when it comes to coyotes making off with his sheep.

He figures he lost about 100 sheep to coyotes but because about 30 simply vanished, he only re- ported 70 cases. “It’s depressing to count them,” he said. He figures there were more losses on one other county farm. Both are in Lennox and Addington, which had the highest number of coyotes killing livestock in Eastern Ontario last year. 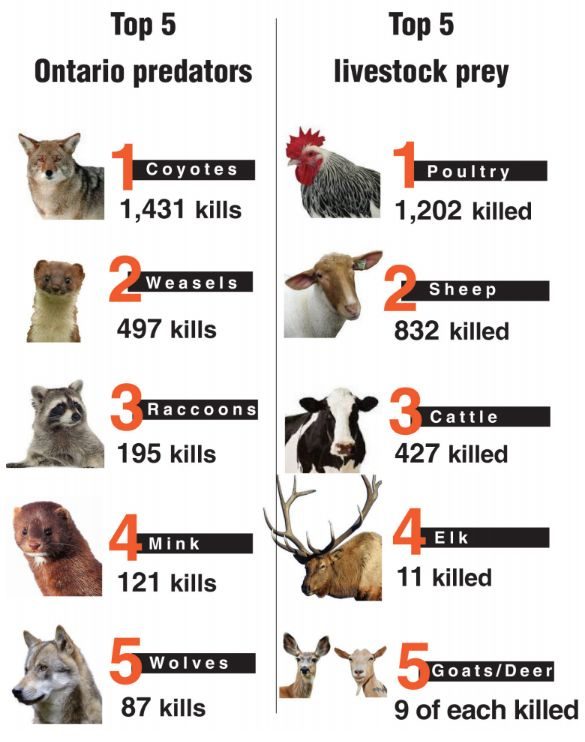 Top predator and livestock prey based on reports to OMAFRA from farmers in 2020.

There were 212 coyote predation reports made by farmers. On Amherst island, where Ritchie raises 1,000 ewes and 1,400 lambs, at the mouth of Lake Ontario, after the spring thaw the islanders are stuck with their captive predator in a finite space for the summer.

Sometimes Ritchie can catch enough coyotes early in the year. Last year, he had about 1.5 kilometres of coyote-proof fencing in need of repair caused by heavy snow load and he was also low on guard dogs. He had only four, instead of the necessary eight, and he sends them out in pairs with each group of grazing sheep. He can have four groups grazing at one time. The coyotes were also more menacing.

“We had a really bad summer last year,” Ritchie said. “We had larger and more aggressive coyotes.”