SURVEY: 1 in 4 farmers had suicidal thoughts 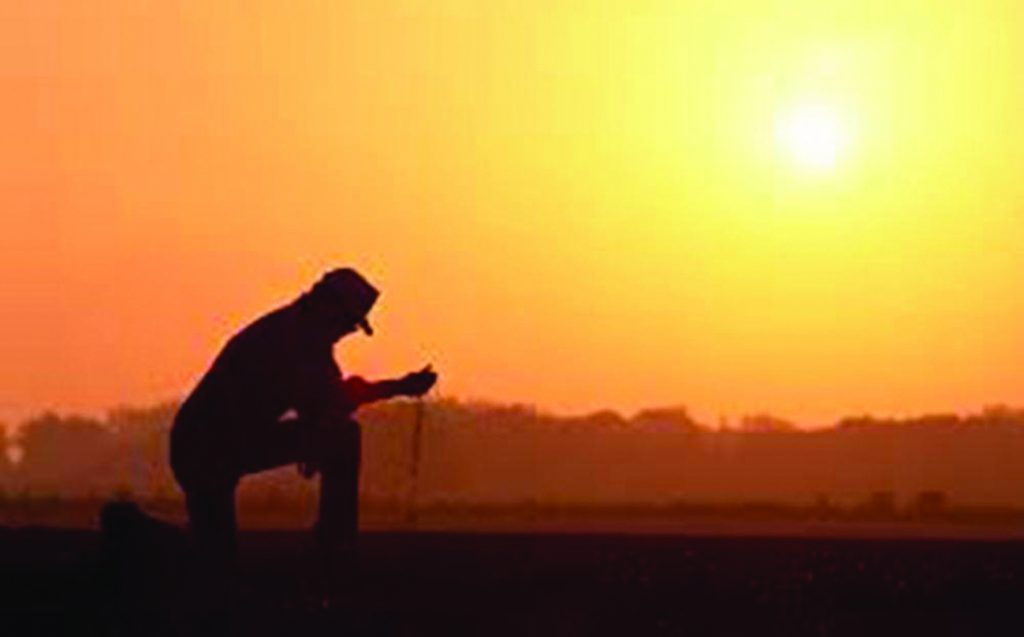 GUELPH — Canadian farmers are thinking about suicide at a rate twice as high as the general public, according to a new survey by University of Guelph researchers who found deteriorating mental health among farmers in the last five years. Nearly 1,200 farmers from across the country took part in the online survey between February and May 2021.

One in four farmers reported their life was not worth living, wished they were dead or had thought of taking their own life during the past 12 months, reported the survey led by Dr. Andria Jones-Bitton, a professor in the department of population medicine at the Ontario Veterinary College at Guelph. That’s a rate reported to be twice as high as the general population.

In short, 25% of the farmer respondents had suicidal thoughts, a fairly broad concept that may range from individuals actively wanting to commit suicide to those who may have simply viewed life as not worth living at some point. The full research and specific survey questions are not yet published to allow a better understanding how many farmers were actively thinking about killing themselves, versus those on the milder end of the scale.

“When a survey asks, did you ever think life was not worth living, quickly, one would say, I had a day like that,” Bossel observed. “But if you truly analyzed that day, you probably didn’t really think you wanted to end your life,” added Bossel, who admitted to being skeptical of all surveys, which he described as “crap shoots.”

He asserted, “Most people want to be agreeable and follow the flow of the survey questionnaire.”

Lambton County sheep farmer and mental health counsellor Lauren Van Ewyk said the findings were in accord with what she sees “every day” in her practice and credited “some really great research” at the University of Guelph.

“Absolutely, farmer wellness has declined in the past couple of years, in light of COVID and in light of the all the other factors paired with that: rising input costs, uncertainty in commodity prices, there’s a whole gamut of reasons that we see farmer mental health is struggling,” Van Ewyk said.

When a client tells her they might be better off dead, Van Ewyk said her next question is whether they’ve progressed to the stage of planning their suicide. “Because when somebody is at the stage of thinking how they would complete suicide, that’s a stronger warning.”

Napanee’s Deborah Vanberkel, a registered psychotherapist and dairy farmer, said, “It’s not always about ending their life, but about (a way out from) having to make decisions. They feel so stressed out that they’re incapable of doing so.”

Unlike most people, farmers sometimes work from sunrise to sunset and have the added burden of cash flow and financial concerns and decisions to make that they have no time to reflect on.  Some survey responses reflect that stress. Said one: “There is no sick note for farmers. You don’t get paid if you can’t work.”

The one in four stat “is really not shocking to me,” Vanberkel said, “because I have been having those conversations for a very, very long time.”

Though she wasn’t involved with the latest research effort, Vanberkel vouched for the quality of the work performed by Jones-Bitton as well as post-doctoral researcher Dr. Briana Hagen and said she communicates with them regularly. Farmers Forum was unable to reach Jones-Bitton directly for comment on the survey, which also found overall stress levels higher among farmers than the general population and a worsening mental health picture for farmers since the last survey taken in 2015.

“These numbers validate what we’re seeing, working on the ground with farmers,” said Lauren Van Ewyk, also co-founder of the National Farmers Mental Health Alliance, which strives to connect farmers with therapists specially trained to the needs of the agricultural community.

Calls for service to that initiative are up “significantly” in the last couple of years, she said.

Likewise, the Farmer Wellness Program that puts farmers in touch with counsellors and spearheaded by Deborah Vanberkel, in Lennox & Addington Counties, has grown. The program is so successful, it inspired a provincial spin-off Farmer Wellness Initiative.