1 IN 2 MILLION! Holstein has triplets — all females 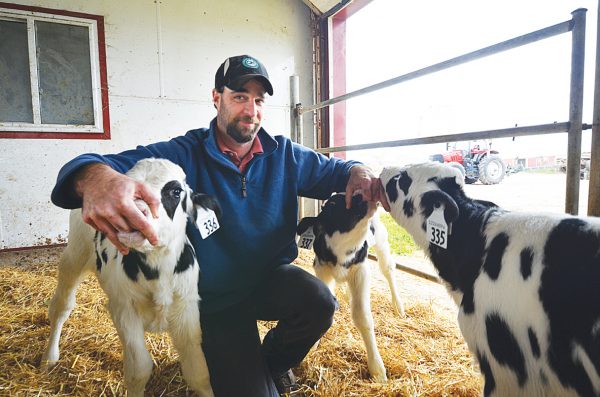 KARS — His vet warned him about twins, but when Mark Schellings pulled a calf from his six-year-old cow during morning milking on Oct. 10, it looked like an only child. But that evening, he pulled another. When he arrived in the barn the next morning, there were three 80-plus lb. heifers in the calving pen.

“At first I’m thinking, ‘did somebody else calve that I’m not aware of?’ We’re talking an 18-hour spread between them at least,” says the Kars dairy farmer, south of Ottawa, who’ll raise them as replacements. “The vet said he couldn’t believe I had three live ones, let alone three heifers.”

The three calves will join 10 others registered with Holstein Canada that were born as part of a triplet set this year. But it’s still pretty long odds: The chance of a dairy cow having triplets is one in 105,000, but the likelihood of three females is one in two million, says Holstein Canada.